Here are 15 things you need to know about the All Progressive Congress vice presidential candidate. 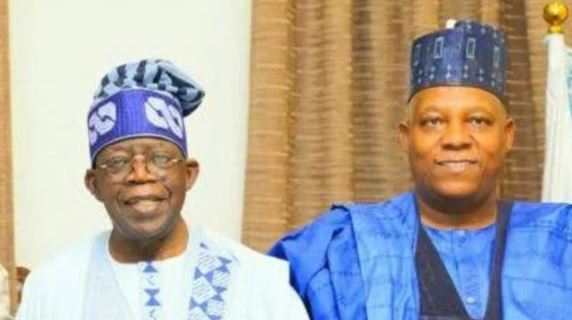 Bola Tinubu, the presidential candidate of the All Progressives Congress in the 2023 general election, some hours ago announced Kashim Shettima, a former Governor of Borno State, as his running mate.

The announcement came after Tinubu had a closed-door meeting with the President, Major General Muhammadu Buhari (retd.), in his Daura private home on Sunday.

Here are 15 things to know about the APC vice presidential candidate:

4 – He bagged a Bachelor of Science degree in Agricultural Economics from the University of Maiduguri in 1989.

5 – He had his one-year compulsory youth service on the National Youths Service Corps scheme at the defunct Nigerian Agricultural Cooperative Bank, Calabar, Cross River State, from 1989 to 1990.

6 – He obtained a Master’s degree (MSc) in Agricultural Economics in 1991 at the University of Ibadan.

7 – Shettima was a lecturer with the Department of Agricultural Economics, University of Maiduguri, and was in the academia from 1991 to 1993.

8 – He worked as a banker from 1993 to 2007, working with several banks until rising to the position of a General Manager at Zenith Bank.

9 – His political career began when he was appointed Commissioner of the Borno State Ministry of Finance and Economic Development mid-2007.

10 – He was Commissioner of: Local Governments and Chieftaincy Affairs (2008); Education (2009); Agriculture and Natural Resources, and finally of the Ministry of Health from where he contested the Borno State governorship in 2011 under the platform of the now defunct All Nigeria Peoples Party, and was inaugurated as governor on May 29, 2011.

14 – He is married to Nana Shettima and they have three children: two females and a male.

15 – Senator Kashim Shettima was appointed as the vice presidential candidate of the APC in the 2023 general election on Sunday, July 10, 2022.