Kuje Jailbreak: Sack All Service Chiefs, Everyone Linked To Attack – PDP to Buhari


Terrorists suspected to be Boko Haram fighters attacked the medium correctional center in Abuja, killed at least two persons, while over 800 inmates were set free. 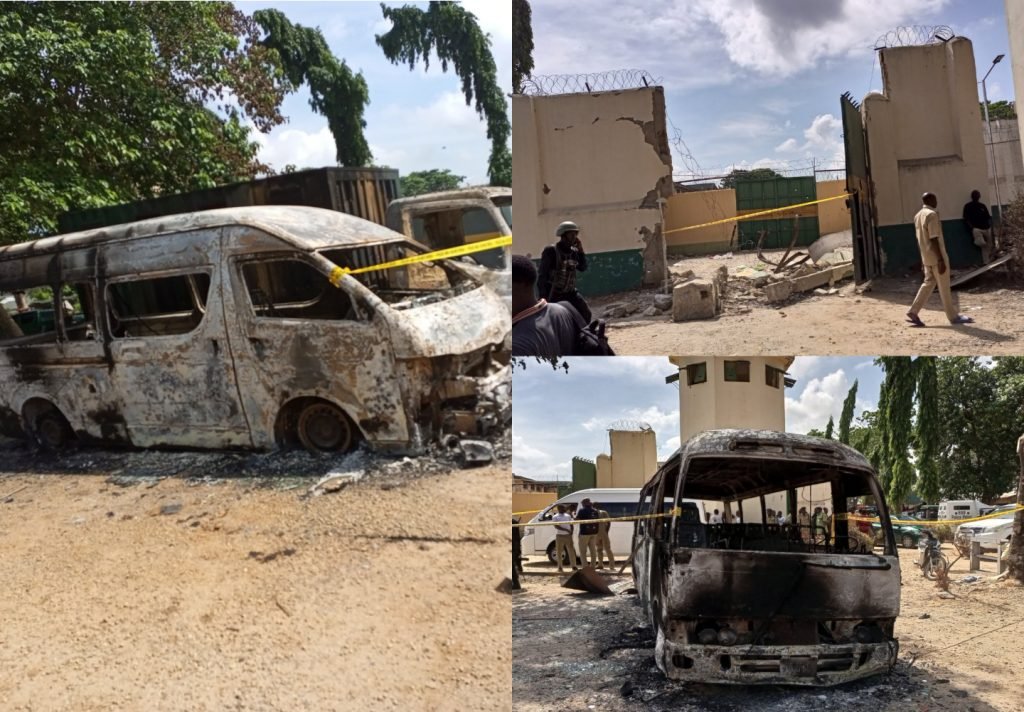 President Muhammadu Buhari has been told what to do following terrorist attack at Kuje prison.
The Peoples Democratic Party, PDP, head of New Media Anthony Ehilabo called on Buhari to sack every official linked to the recent attack on Kuje correctional center.
Recall that on July 6, terrorists suspected to be Boko Haram fighters attacked the medium correctional center in Abuja, killed at least two persons, while over 800 inmates were set free.
No fewer than 62 Boko Haram and Islamic State West African Province (ISWAP) fighters escaped the prison during the attack.
Some of the escaped terror suspects have, however, been recaptured from different places, including the Federal Capital Territory, Nasarawa and Niger States.
Ehilabo wondered why some persons allegedly linked to the attack have not been arrested.
According to him, all the service chiefs should have been fired to pave the way for more capable hands that can crush the terrorists causing havoc across the country.
He said, “This is why we are where we are in this country, unfortunately. We make excuses because of sentiments like he is my brother, we are from the same village, he is a northerner, southerner and the rest, but we are all feeding from the same economy.
“You can’t buy dollars from different market price. It’s the same everywhere, just as you can’t create your own market. We buy and sell in the same market.
“So it affects all of us directly. There is no petrol station for northern Chrstians or Muslims. Everyone buys fuel from the same station. There is no division in suffering. Suffering is one of the most inclusive things, especially as a country.
“An opportunity has been lost by not allowing Osinbajo to govern this country. And I don’t think Buhari will even hand over power to Tinubu. As it is, Buhari is incapable. To solve insecurity issues, your mind must have an analytical disposition to it.
“That’s why an Atiku Abubakar’s presidency is the best for the country. As at today, some people should have been sacked over the Kuje incident.
“Everybody linked to this matter needs to have been sacked. Today, all the service chiefs should have been fired. Get new guys that can command troops and get the job done”.
Top Stories