The decampees vowed to work in one accord to deliver all candidates of the party in next year's general elections. 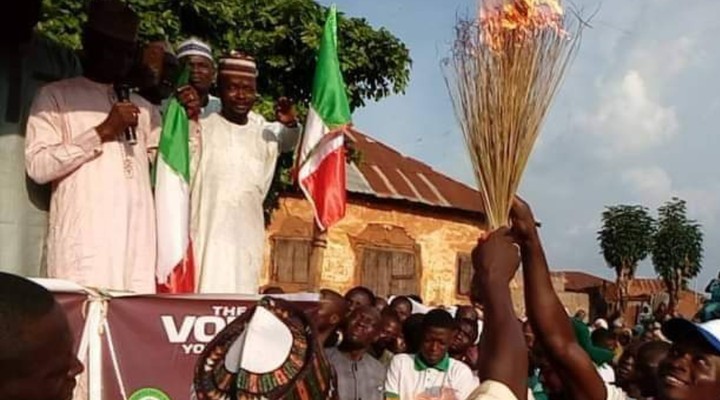 The ruling All Progressives Congress has lost hundreds of aggrieved members and supporters in Ugya/Umaisha Constituency of Nasarawa state.
It was gathered that the members led by Ibrahim Kareka dumped the APC and crossed over to the Peoples Democratic Party (PDP) during a rally held at the old Market Square.
The decampees say they crossed over due to the APC's failed campaign promises and alleged malpractices that marred its recent primary elections.
They burnt scores of brooms, which is the symbol of the governing party to demonstrate their exit.
Comprised of mostly youths and women, they were received into the mainstream opposition by the Chairman of PDP in Toto Local Government Area of Nasarawa State, Hon. Yunusa Ohimegye.
The party's candidate for the Constituency in the 2023 general elections, Hon. Abdullahi Ibrahim Sa'ad (Turakin Opanda) among other Chieftains were in attendance.
The decampees vowed to work in one accord to deliver all candidates of the party in next year's general elections.
Top Stories