Muslim/Muslim Ticket: Tinubu Allowed Himself To Be Made A Religious Bigot – Ex-SGF, Babachir Lawal


Warning of the consequences of a Muslim-Muslim ticket, Lawal said Tinubu should be prepared for stiff opposition from Nigerians. 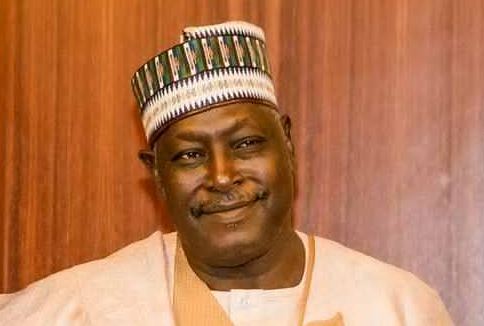 Babachir Lawal, a former Secretary to the Government of the Federation, has condemned the Muslim/Muslim ticket by the ruling All Progressives Congress, APC,

Over the weekend, the APC presidential candidate, Bola Tinubu, had unveiled Borno Senator, Kashim Shettima as his running mate against the clamour by Nigerians.

Prior to the announcement, the Kano State Governor, Abdullahi Ganduje, had disclosed that Tinubu would settle for a Muslim-Muslim ticket.

However, Lawal said Ganduje was only hinting of the planned Islamization agenda.

In a statement he personally signed, the former SGF pointed out that Ganduje runs a foundation aimed at converting Christians to Muslims.

He warned that Tinubu may be turned into an Islamic President if elected in 2023.

Warning of the consequences of a Muslim-Muslim ticket, Lawal said Tinubu should be prepared for stiff opposition from Nigerians.

The statement reads partly: “Proof of a possible Islamic agenda was leaked when Governor Ganduje, the ‘Kadmul Islam’, gave advance notice that Tinubu had assured them he would nominate a Moslem as his running mate. For those who might not know, Governor Ganduje has a foundation called “Ganduje Foundation” whose purpose, according to its website is to “provide selfless service to humanity and Islam” but whose primary purpose it appears is the conversion of Christians to Islam.”

He warned Tinubu not to allow them to convert him into a religious bigot in his desperation to rule Nigeria.

Lawal said such a step would be disastrous to his presidential ambition.

“So if my very good friend Tinubu, in a desperate bid to become president, allows himself to be made into a religious bigot or even a mujahideen, he is welcome. But, were he to win and become President of Nigeria, it would be as a sectional president, an Islamic president, and he will surely face massive discontent and opposition even before taking off,” he added.