The actress expressed how much she had given up on finding a suitable partner. 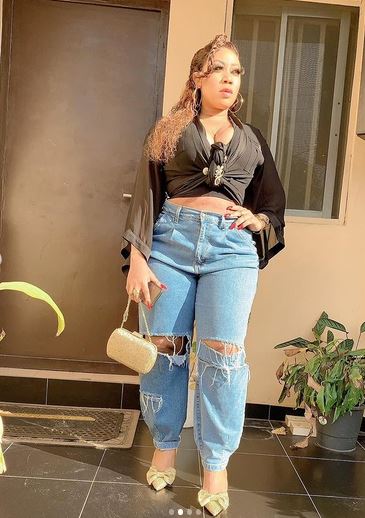 Nigerian actress, Moyo Lawal has stated that she will enter a relationship with anyone except God sends someone to her.

The actress, who expressed how much she had given up on finding a suitable partner, took to her Instagram page to write: “I’m not dating again until God himself come sit on my bed & say “my homeboy tryna talk to you”.

Recall that she had in 2021 addressed reports that she is having an affair with a certain wealthy northern politician.

In the video she published on her Instagram last year, the actress denied the allegations; stating that she is one of the most decent actresses in the country. 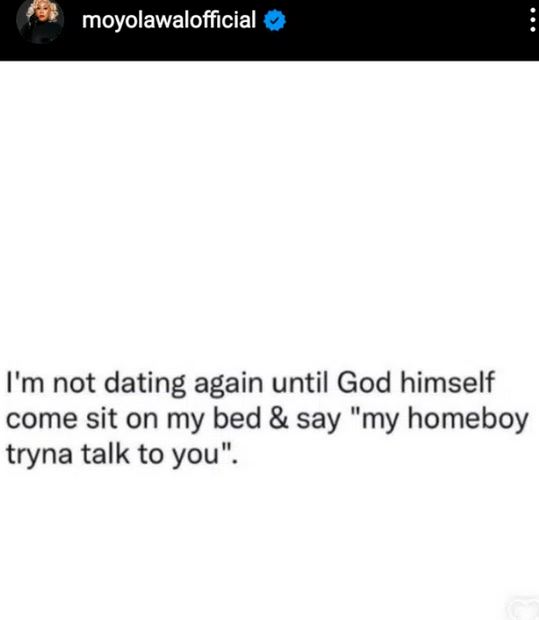