The tricyclists blocked the Enugu-Onitsha Expressway, at Aroma Junction, claiming the high tax by the state government is too much for them. 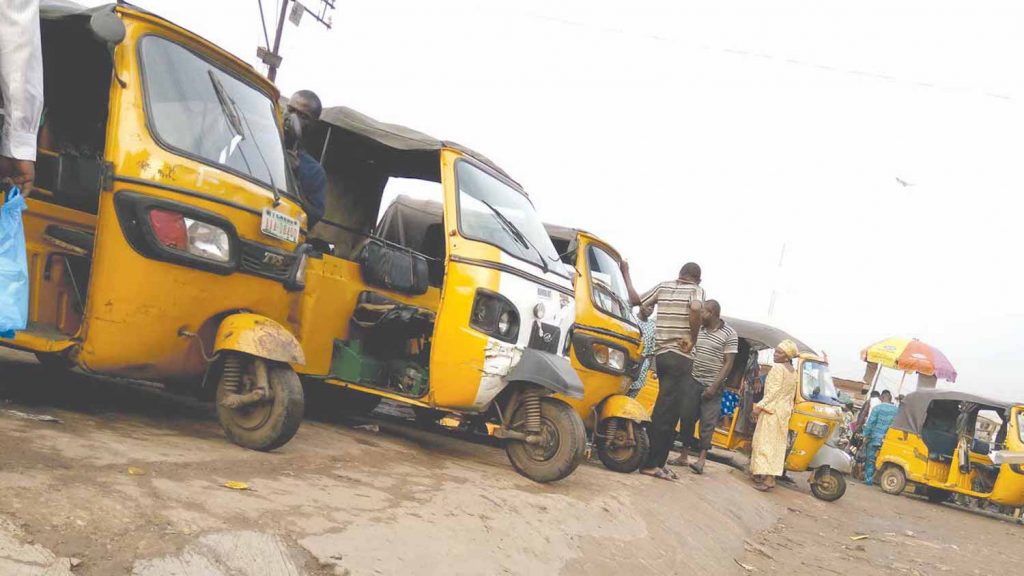 Some commercial tricyclists have caused serious stir in Awka.

The riders yesterday protested high taxation in Anambra State, according to Daily Post.

The tricyclists blocked the Enugu-Onitsha Expressway, at Aroma Junction, claiming the high tax by the state government is too much for them.

Some of the tricyclists who spoke to DAILY POST alleged that they were being taxed N15,000 in the Keke union, among other levies.

“They are asking us to pay N15,000 to the Keke union, and a daily N500. Our daily ticket used to be N450, and we were even appealing to the government to reduce it because it is high, but instead, they increased it to N500.

“Most of us that you see here are graduates who are managing their lives because there are no jobs. Others are driving their Keke on a hire purchase basis, while most of us too are family men.

“The country is hard, how can they be further forcing hardship on us, through these kinds of policies. We will not pay, let Soludo come to our aide.”

Meanwhile, the Anambra State government has denied involvement in the plan to subject tricycle riders to higher taxes.

The spokesperson of the Anambra State internally generated revenue board, Toochukwu Ngige told DAILY POST that the protest may not be against Governor Soludo as the Governor has further simplified the payment of the tricyclists.

“Instead of many illegal payments they make in a day, which has even amount to over N1,000 daily, the governor has said they can only pay N600, and it won’t be an everyday payment, but they pay monthly.

“Every other money is embedded in it, all they do is to come out every day and do their work and go home, not paying toll every day.”

Meanwhile, human rights activist, Mr Osita Obi has said the payment that triggered the protest is being championed by the Keke riders union, who are working to coarse their members to pay some money to them.

“I have mobilized Keke riders to resist it. The government has said they are not asking for any N15,000 from Keke riders. It is one renowned cultist, known as Snoop, who is trying to force the Keke riders to pay to him.”