In a petition to the Attorney General of the Federation and Minister of Justice, Abubakar Malami, Osakwe said he was not legally notified or served with the said charge by the judicial workers. 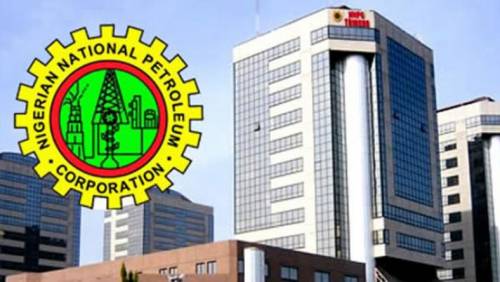 Mr Cecil Osakwe, a property developer, has petitioned the Attorney General of the Federation and Minister of Justice, Abubakar Malami.

Osakwe, who was charged with alleged N130 million fraud by the Nigerian government has accused one Asabe Waziri, an employee of the Nigerian National Petroleum Corporation (NNPC) of blackmailing him.

In a petition to the Attorney General of the Federation and Minister of Justice, Abubakar Malami, Osakwe said he was not legally notified or served with the said charge by the judicial workers.

Osakwe through his counsel, Victor Giwa and Associates alleged that Waziri has been using Malami’s name to intimidate and harass the judiciary, policemen and other security agencies in a bid to achieve her objective of taking over his property through the stalled transaction which a competent court had terminated.

According to him, on February 17, 2022, Justice Musa Othman of the FCT High Court delivered a judgment which terminated the said transaction and ordered him to refund all the payments made by the NNPC staff.

The property developer said he immediately paid Waziri the sum of N150 million being total of all fees as directed by the court. Attached to the petition were photocopies of the cheques for the refund.

The petition read, “It has come to the attention of our client through reports in various media both electronic and newspaper publications about a purported charge and arraignment on ‘trumped-up charges’ of obtaining by false pretences the sum of one hundred and thirty million naira (N130,000,000.00), from Ms Asabe Waziri, a staff of Nigeria National Petroleum Corporation (NNPC).

“Although our client was not legally notified or served with the said charge, the charge was later sent to our client through one Police officer, after the media sensation aimed at defaming our client.

“Honourable Minister Sir, it will interest you to know that Ms Asabe Waziri had threatened our client with the use of your office when the transaction went awry; a threat we took with a pinch of salt. However, the latest development now reveals that the threat is being carefully executed using some person in your office, an office that should be highly regarded.

“Following the blasphemous publication and the attempt to use of your office to settle personal scores, we are constrained to bring to your notice these developments which we believe might not be within your knowledge, as the said Asabe Waziri has been using your name to intimidate and harass the judiciary, policemen and other security agencies with a bid to achieve her dubious objective of taking over a property through stalled transaction with our client which a competent court had terminated. It is therefore pertinent that we present the fact of the case.

“Ms Asabe Waziri had approached our client sometime in 2022 February, to purchase 2 units of 2-bedroom apartment which was priced at 130 million naira each totaling 260 million naira.

“She made various (payments) totaling about 140 million naira, after which she was given possession of the flats even while she had not completed her payments.

“Shortly, after possession was delivered to her in the same year, Asabe Waziri converted one of the units into a short let apartment in violation of the covenants of the apartment.

“Based on the various breaches and her mode of payment, our client approached Asabe Waziri to terminate the transaction and offered to refund her money, an offer Asabe bluntly refused, prompting our client to approach the FCT High Court Abuja.

“On the 17th of February, 2022 the said High Court Coram Hon Justice Musa Othman delivered a judgment which terminated the said transaction and ordered our Client to refund all the payments made by Asabe Waziri and further ordered that Asabe Waziri immediately deliver possession to our client. Attached is the judgment.

“Immediately, our client refunded to Asabe Waziri the sum of N150 Million being the total of all fees as directed by the court. Attached are photocopies of the cheques.

“On the 18th of February, after the payment, Asabe Waziri through her counsel ILS Attorneys Barrister and Solicitors returned the instrument of payment stating that Asabe Waziri has appealed the judgment in the Court of Appeal. The said letter is attached.

“On the 18th of March, 2022 the said judgment was enforced and Asabe Waziri was vacated from the apartment.

“Shortly after the said enforcement, Asabe Waziri and her agents started contacting and employing senior police officers to intimidate and harass our client and his lawyer, Giwa Victor Esq coercing them to issue her the title to the property even when the matter is before the court of appeal with appeal number CA/ABJ/2022 for adjudication.

“Sir, we were shocked on the 3rd of July, 2022, when the media was awash with the news of the arraignment of our client by the Federal government on the charges of obtaining by false pretences the sum of N130 Million. This becomes more disturbing that we were not even served with the said charge before the news report.

“It will be invidious and odious to speculate that Ms Asabe Waziri in conjunction with her cohorts in the Ministry of Justice is using the Minister of Justice to pursue her personal vendetta against our Client all in a bid to embarrass and damage our client’s hard-earned reputation.

“However, we are fully aware that you will not allow your office to be used as an instrument for settling personal scores, we further believe you will take the appropriate steps when such anomalies are brought to your attention.

“We, therefore, appeal to you that you do not allow Asabe Waziri with her accomplice to abuse the office of the Attorney General of the Federation by using it to continue to harass and intimidate honest citizens who are using their hard-earned resources to provide the much-needed employment to Nigerians.”