The flooding which reportedly wrecked havoc last week Friday washed away their investment they put at over N500 million. 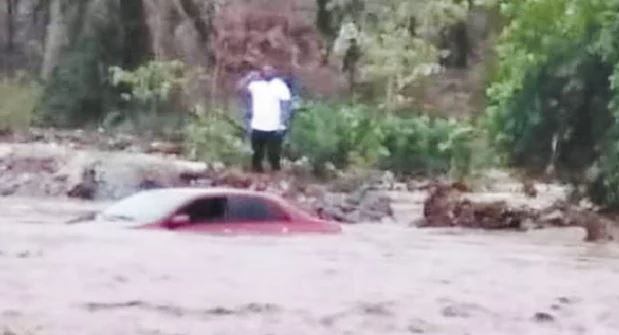 As many as over 200 fish farmers at Ikangba/Agoro, via Ijebu-Ode in Odogbolu Local Government Area of Ogun State are currently grieving.

This is because the farmers have reportedly lost over N500m investment after a flood hit their clusters of fish ponds.

The flooding which reportedly wrecked havoc last week Friday washed away their investment they  put at over N500 million.

The Chairman of the Ikanga Agoro Fish Farmers Association, Lazarus Okole, who spoke on behalf of other victims, made this disclosure during a press briefing held on Friday.

He explained that though the farmers had in the past experienced mild flooding but the magnitude and impact of the losses suffered could not be compared with that of the latest disaster.

He added that except the Federal Government and the state Governor, Dapo Abiodun, come to their rescue, many farmers might die from the debilitating shock of the huge losses.

Okole said, “We sincerely hereby beg President Muhammadu Buhari and our dear governor, Prince Dapo Abiodun to come to our aid. This could be in form of granting us soft loans to cushion the effect of these tragic losses so that our members can have something with which they can start all over again.”