I Was Broken Into Pieces - Actress, Linda Adedeji Talks About Her Divorce From Ex-Husband


The actress' marriage crumbled in 2020 as a result of what may be described as ‘infidelity’ and more. 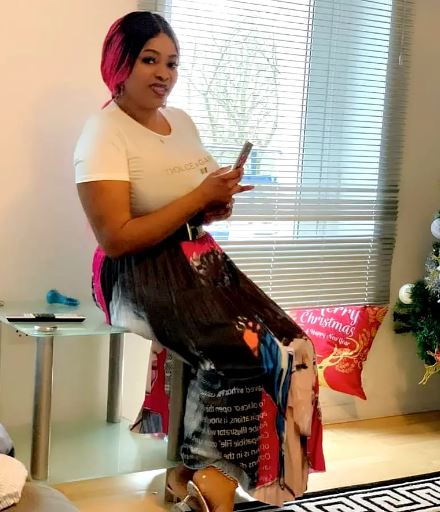 Linda Adedeji, the Nollywood actress who is very popular in the Yoruba-speaking sector was married for 10 years with a son before the union crashed.

The marriage crumbled in 2020 as a result of what may be described as ‘infidelity’ and more.

In this interview with Potpourri, she shares her experiences and all the unpleasantness that made her walk away.

Why and when did you divorce your husband?

I divorced him in May, 2020. The reason was because of infidelity on his own part. I just couldn’t stand the regularity and effrontery associated with it.

Do you truly believe divorce was the only solution instead of working it out?

No, the break up can’t affect my son. I don’t think so because right now we are co-parenting and we are good at it.

Why did you marry your ex husband in the first place?

Later, we rented an apartment together and furnished it together. One of the problems we encountered was his parents. They didn’t accept me because I’m an actress and they have their own perception about actresses. My own people were cold to him too, because they felt as a big girl and a star I should have married someone more affluent than me.

Against all odds we married at a court without the presence of my parents and his. Just two of my friends were in attendance. There was so much love between us. After the first and second year, his parents felt vindicated because they never wanted me.

We were married and so that was it and we kept moving on even though the baby wasn’t coming, we tried all we could, visiting places, hospitals and all, nothing happened. But I’ve already made up my mind, no matter what anybody says “I will not leave this man, I will give birth for this man, every eyes would see it, every ear would hear it that yes I have given birth for this man and I would remain his wife forever”.

What really changed about him and for how long had you been living with him?

Changes don’t happen overnight. I travelled a lot and he travelled a lot too. Sometimes, for a month we would not see each other. I think when the distance started coming up between us was when the problem began.

I would receive calls from different people that they saw my husband at so and so hotel with so and so person. I was not interested because to some extent I didn’t believe it. I tried all I could to ignore all the talk, all the backlash, I tried all I could to ignore it because I wasn’t really interested because my focus at that moment was how to make my home perfect.

It actually got to an extent when a relative of mine told me that my husband actually brought a lady, his girlfriend, to a function that one of my family members held. I could not believe it because my husband knew my family members would be at the party. The audacity was too much for me to take. When the person who saw them said she would snap them and send to me I declined because I was more focused on making my pregnancy stay after many miscarriages.

I finally had my son, in the UK because I was in the UK then and he was only coming in to see us although we weren’t seeing much of each other. When we returned together to Nigeria in 2020 was when I got the biggest shock of my life. I was just cleaning the house, cleaning my bedroom which happened to be our bedroom (the master bedroom) when I started bringing out different condom packs.

I was actually bringing out used condom papers from my bedroom, from the master bedroom, from the bedroom where myself and my husband sleep. To be honest, I was so shocked, I couldn’t believe it. I nearly fainted because in my wildest dreams I never thought the man I love, the love of my life, could bring a woman into our matrimonial home, in our bedroom and in a house we made together. I understand men could be promiscuous but that was the height of disrespect.

I was so shocked and woke him immediately because he was sleeping then. Do you know what this man said when he woke up? He sat down and he looked at the condom and he said “you be witch ni?” Meaning, are you a witch? That was what he said and do you know the next thing this man did? He turned around and slept again, he slept off, he actually started snoring. That was the day I realised the reason some spouses murder their partners. If not for the love of my child and the fear of God, I would have stabbed him that night. I was broken into pieces that night, I wasn’t myself, it was really very sad even though later he was trying to deny it.