The lawyer said if the former Senator failed to deliver, the people would vote him out as they did to Governor Gboyega Oyetola. 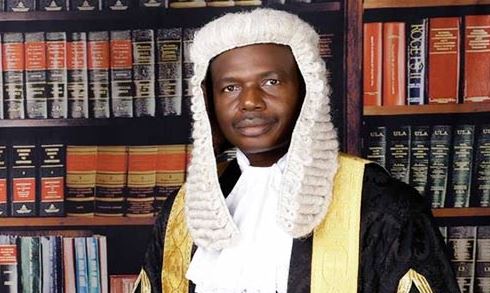 Member of the Lagos State Judicial Panel of Inquiry, Ebun-Olu Adegboruwa (SAN) has called on Osun state governor-elect, Ademola Adeleke to ensure he performs well because the period of dancing ended on Sunday.

The lawyer said if the former Senator failed to deliver, the people would vote him out as they did to Governor Gboyega Oyetola.

Adegboruwa, however, noted that the election produced some disturbing issues that have lessons for Nigeria.

The Senior Advocate of Nigeria (SAN) said the Osun contest was not won on the basis of programmes, policies or ideologies.

He complained that the All Progressives Congress (APC) and the Peoples Democratic Party (PDP) imported musicians to sing and dance “as if entertainment is the engine of good governance”.

On the conduct, Adegboruwa said if INEC’s independence is guaranteed, the will of the people will become established in the leadership recruitment process.

Adegboruwa maintained that the deployment of technology is crucial to the success of the electoral process, especially for accreditation, voting, transmission and collation of results.

Demanding that no room be given to riggers to corrupt the electoral system, the SAN said politicians will strive to do better if votes count.

“The reign of godfathers in the political space can and should be terminated and then Nigeria will witness some progress.

“No leader that has emerged through the ballot process will ever take the people for granted if there is a credible process of change”, he added.

Adegboruwa stressed that should Adeleke disappoint after he assumes office, it won’t be difficult “for the people of Osun to reject him as they have done to the incumbent governor”.

He said the only way that the winner can merit commendation is for him to formulate programmes that will ensure development.

“The period of dancing ended on Saturday, we want to see results”, the rights activist told the governor-elect.

The statement hailed the electorate, the Independent National Electoral Commission (INEC), observers, security agencies and the media for their efforts.