Kunle Adegoke, a member of the governor’s legal team, disclosed this during an interview. 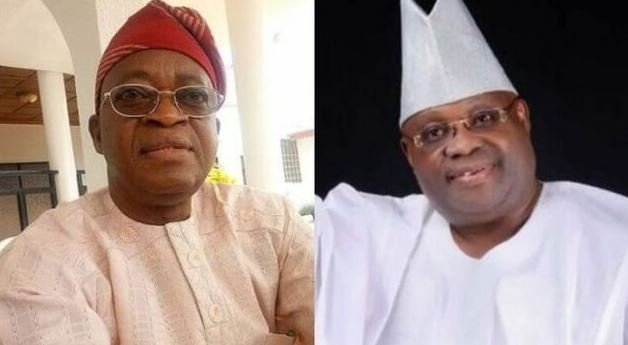 Osun state governor, Gboyega Oyetola is reportedly going to hire no fewer than 50 lawyers, including senior advocates, to challenge the victory of the Peoples Democratic Party (PDP) candidate, Ademola Adeleke in the recently concluded governorship election.

Kunle Adegoke, a member of the governor’s legal team, disclosed this during an interview with Punch. He said that he and the legal team were still reviewing the results declared by INEC.

“We are still reviewing documents and the legal team is actually working. In an election of this nature, the documents will be so many; so it is important to look at them critically before we make a decision and that is exactly what we are working on right now.

Dr Biodun Layonu (SAN), is the leader of the team. The legal team is not complete yet because there are so many others that will still come in.

In the meantime, the two members of the legal team we can reveal are Dr Biodum Layonu and Kunle Adegoke. Others that may come in are people we may not know but as soon as we are ready to move, we will notify the press.