Woman Sues Man For Not Turning Up On Date, Argues With Judge Over Case In US


In his own reaction, Jordan wanted the case to be struck out as the argument persisted between Short and Marable. 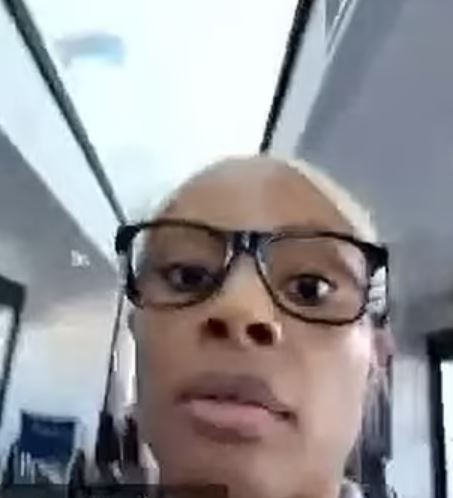 QaShontae Short, a woman resident in Michigan, United States, has dragged a man to court for not showing up on their date.

The woman also had a heated argument with a judge, Herman Marable Jr on Thursday, over a lawsuit she filed that the man did not honour her date.

Short had sued her date, Richard Jordan, for $10,000, in 2020 claiming that he, “did not show and left on her mother’s birthday and her mom had just passed away.”

She claimed he had intentionally and deliberately hurt her by doing so.

Marable, however, asked Short whether such a case of romantic date not showing up was a criminal case during a Zoom court hearing, but she became upset and started yelling at the judge. She accused the judge of insulting her intelligence.

USA Today reports that the Zoom court session met Short at an airport, and Marable shouted back at her over outburst.

In his own reaction, Jordan wanted the case to be struck out as the argument persisted between Short and Marable.

“To be honest with you sir, I thought this was just gonna be thrown out. We had a date, one date, and nothing else after that, and now I’m being sued for $10,000. I think this is a waste of your time,” Jordan said.

The report said that the viral video showed Short and Judge Marable argued vehemently over the issue.

Short claimed that Jordan perjured himself based on her claim that he lied about going on the date with her, while Marable angrily declared that Short cannot determine that.

The judge further said the case should not be heard in a district court but ought to be in a circuit court.

Marable said: “I said that’s not something that’s justiceable in district court! That has to be brought in circuit court. He also cautioned Short for using the word perjury against Jordan, “’No, perjury is a false statement made under oath.”

But, Short in a series of response at the hearing said: “’So you said it’s not permissible in district court and has to be taken to circuit court? In that letter, he lied and then that’s what brought forth the perjury. It was never perjury in the beginning, it was perjury in his response. Because you don’t know what happened, you’re on the outside looking in! You don’t know anything. Do not insult my intelligence. Do not insult my intelligence.”

“What I said was, intentional infliction of emotional distress is something that circuit court has jurisdiction over. I never characterized that as a criminal matter! It is definitely a civil claim, but it is something that can’t be done in district court. Now, that’s what I said to you. You are of the mistaken belief that circuit court does not hear civil matters, because you said ‘Well I thought civil court only did criminal,” Marable said.