Since Poco and Olamide featured in the Portable’s breakout single, ‘Zazzu’ in December 2021, anytime he gets into trouble, people usually drag both entertainers into the fray. 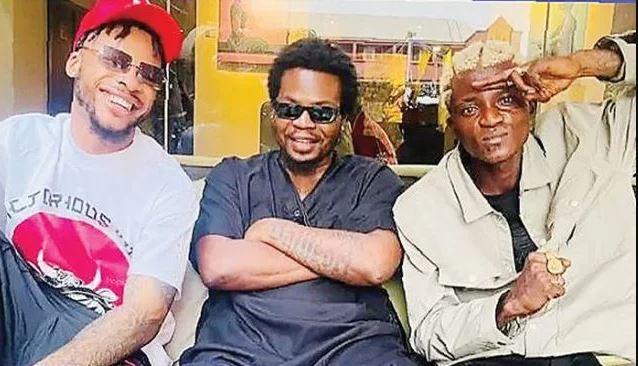 Iweh Odinaka, the popular Nigerian dancer who is also known as Poco Lee, has reacted to the antics of Portable.

The dancer distanced himself from the antics of controversial singer, Habeeb Okikiola, aka Portable. Recall that during the week, Portable got in trouble for claiming to have started two dreaded cult groups in Lagos— One Million Boys and Ajah Boys.

The Inspector General of Police had consequently directed that the singer should be investigated. This is in addition to a pending investigation in Ogun State where the singer had been recorded ordering some of the people around him to beat up a former associate he had fallen out with.

Apparently tired of being linked to Portable anytime he got into trouble, Poco Lee took to his Twitter page to write, “I wish I never took that talkative nuisance out of the trenches.” Although, he did not mention any name, many people took it to mean that he was talking about Portable.

Since Poco and Olamide featured in the Portable’s breakout single, ‘Zazzu’ in December 2021, anytime he gets into trouble, people usually drag both entertainers into the fray.

A Twitter user, @Darmson2, wrote, “So, Olamide and Poco Lee discovered Portable and left us to bear the consequences.”

Another Twitter user, Big Timz, wrote “Olamide and Poco Lee have blood on their hands for discovering Portable.”

Meanwhile, Poco Lee’s comment also generated different reactions, with some stating that he was also helped by others in the industry.

@ComforterBoss wrote, “How I wish Zlatan Ibile never took you out of the trenches.”

@Sod_1886 said, “If you don’t, another person will do it. You think it is your handiwork, never! It is the Almighty God’s plan.”

Some also supported the dancer.

@ceejaythebosse wrote, “Please, don’t regret the good you did. Allow God to intervene.”

@Trapo_smart_x1 wrote, “Poco, don’t stop helping but watch those who you’ll bring out of the trenches next time. Once a thug will forever be a thug. You can take people out of the gutter but you cannot take the gutter out of them.”