The captain and the two soldiers were attached to the 7 Guards Brigade of the Nigerian Army. 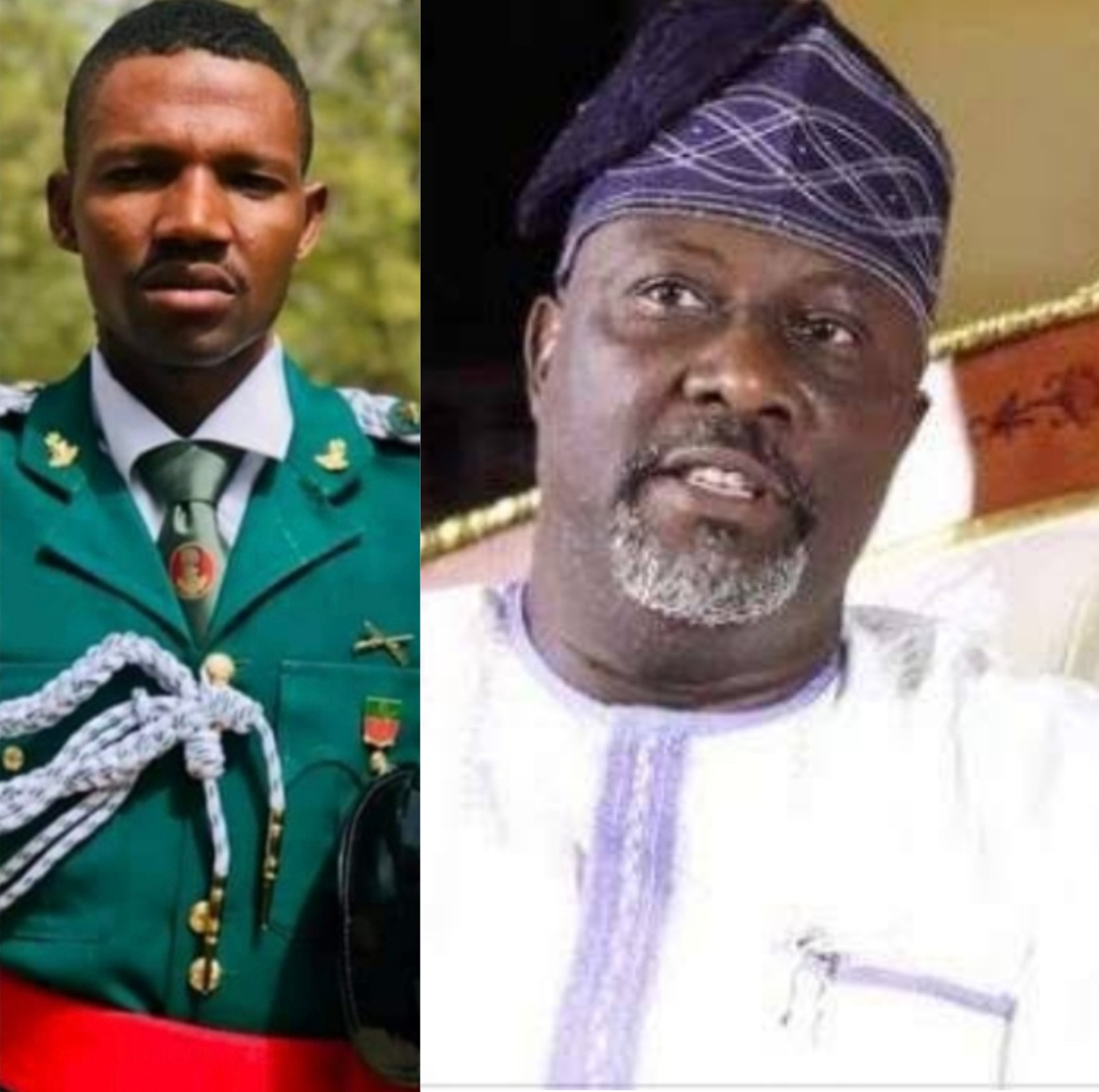 Former Senator representing Kogi West, Dino Melaye, has mourned the killing of Lieutenant Ibrahim Jaro Suleiman Babanawa by terrorists.
According to Dino, the army officer is the son of Colonel Babanawa.
He was killed when terrorists ambushed troops of the Guards Brigade in Abuja.
According to Daily Trust, two soldiers and a Captain were killed by terrorists during the attack which occurred in the Bwari area of the Federal Capital Territory (FCT) on Sunday night.
The captain and the two soldiers were attached to the 7 Guards Brigade of the Nigerian Army.
The soldiers were ambushed after they visited the Nigeria Law School in Bwari following a distress call from the authorities of the school. The school management was said to have alerted that terrorists had dropped a letter indicating an imminent attack on the school, the report says.
Taking to his official Facebook page, Melaye said Nigeria is no longer the country it used to be.
"My condolence to Col Babanawa for the loss of his son a Nigerian soldier who was ambushed with his colleagues by Bandits and kiiled around Bwari yesterday. May his soul rest in peace. This country is not the country we know anymore. Inside FCT ooooo" he wrote.
Meanwhile, one Abubakar-Sadiq Ibrahim Adejoh took to Facebook on Tuesday, July 26, to mourn the gallant soldier. Read his post below:
EXIT OF LEGEND-HERO!... LIEUTENANT IBRAHIM JARO SULEIMAN BABANAWA...
INDEED AN OBIDIENT AND DISCIPLINE BROTHER, COLLEAGUE IN PEACE LOVING SERVICE TO HUMANITY, A PATRIOTIC, DEDICATED, GENEROUS, PHYLANTHROPIC, COMBATANT, A GENTLE MAN OFFICER TO THE COR AND ABOVE ALL A PEACE LOVING AN GOD FEARING YOUNG MAN WHO INDEED PAY HIS ULTIMATE PRICE BY LAYING HIS PRECIOUS LIFE TO HIS BELOVED FATHER'S LAND BY PROTECTING THE LIVES OF OTHERS WHILE ON ACTIVE SERVICE TO HUMANITY TO THE HANDS  OF TERRORIST AMBUSH ON A MILLITARY COMBING PATROL ON SUNDAY 24TH-JULY-2022 AROUND THE BWARI AXIS OF FCT ABUJA AHEAD OF THE NIGERIAN LAW SCHOOL FORTH COMING GRADUATION.
MAY YOUR PEACE LOVING SOUL CONTINUE TO REST IN PEACEFUL CONDITION AND MAY GOD MIGHTY ALLAH FORGIVE ALL YOUR SHORTCOMINGS COMINGS AND REWARD YOU WITH EVERLASTING PARADISE (AMEN!!) 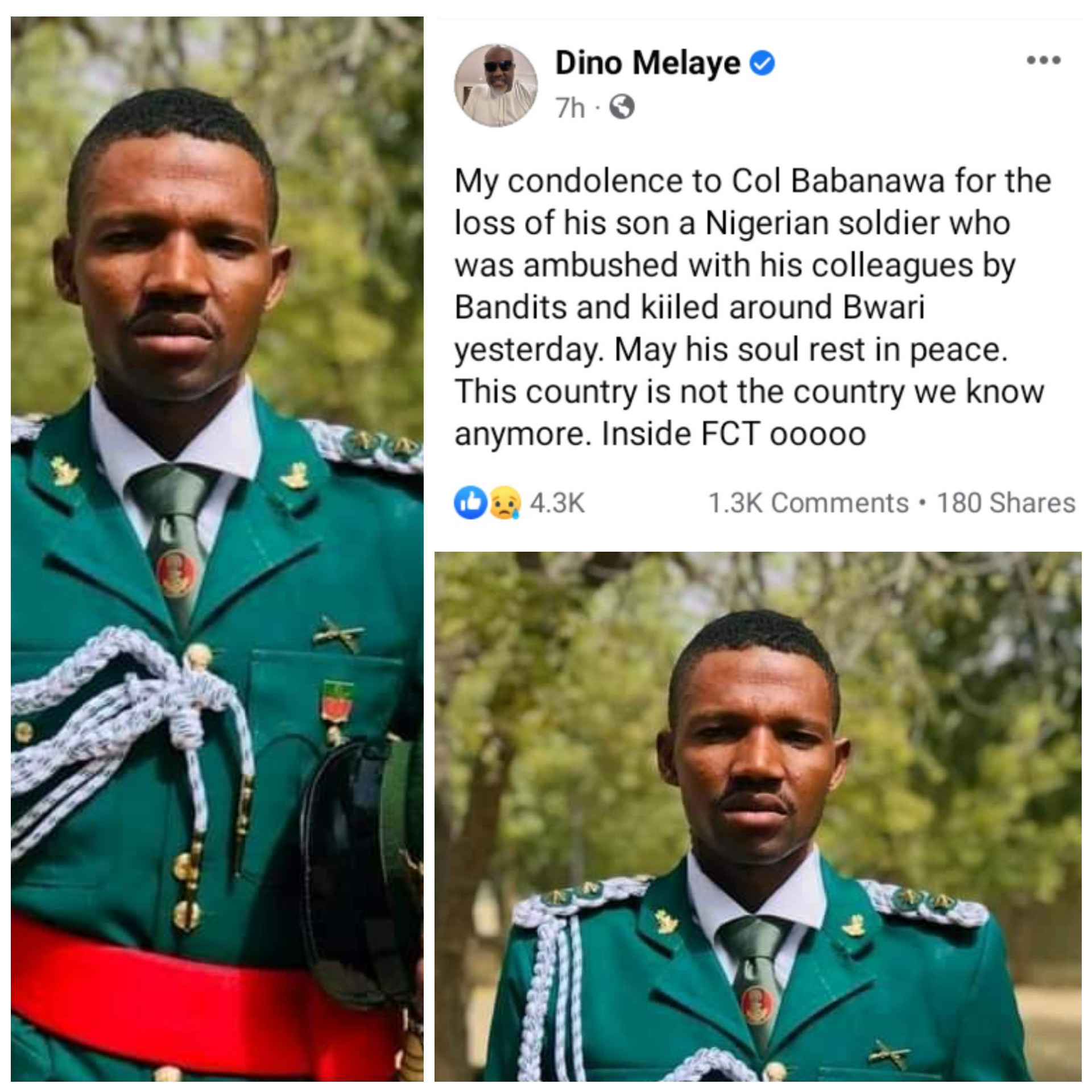 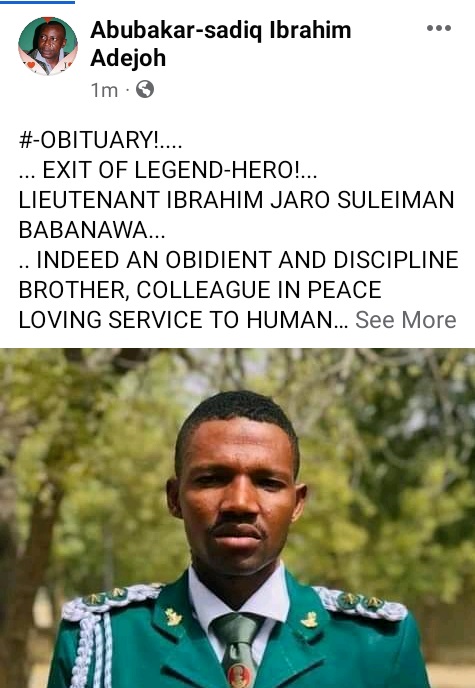 Media Personality, Chima, Shocked To Find Out Tiktoker Used His Photos Claiming He Is Her Dead Uncle
Popular Stories