BBNaija Level Up: Amaka Break Down In Tears After Altercation With Phyna (Video)


The two housemates spent the Monday night tearing each other apart with harsh words. 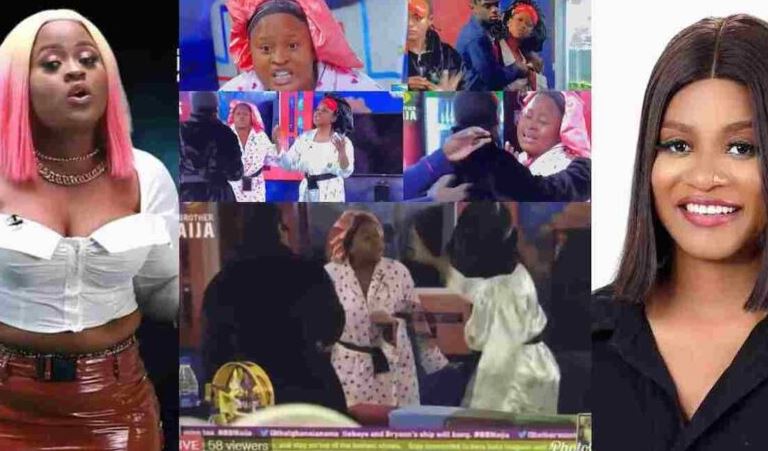 There was drama at the Big Brother Naija ‘Level Up’ house as two female housemates, Amaka and Phyna were engaged in a heated altercation.

The two housemates spent the Monday night tearing each other apart with harsh words.

While the majority of the season 7 ‘first house’ were sleeping, Amaka and Phyna were first seen having what seemed a decent conversation before they suddenly began to shout at each other.

According to Phyna, Amaka “sounded like someone who wants to play mind-game with everybody.”

She said Amaka was persistently talking about the other house where the other 13 housemates are kept during their conversation, saying she would get into the strongest there to get what is in their head.

Angered by Amaka’s “mindgame”, Phyna wondered what she (Amaka) intends to do with getting to know what is in the mind of fellow housemates.

This resulted in a fight between the housemates who have been friends since entering the Level Up house. Phyna could be heard calling Amaka names such as “A big idiot”, “manipulative” and “senseless.”

Amaka on her own feels that Phyna thinks she knows too much about social media followers.

The Anambra born housemate was then seen crying profusely as Bryan tried to console her.