In a memo issued on Tuesday, the Association of Private Transport Company Owners of Nigeria (APTCON) asked its members to effect the increase from August 25, 2022. 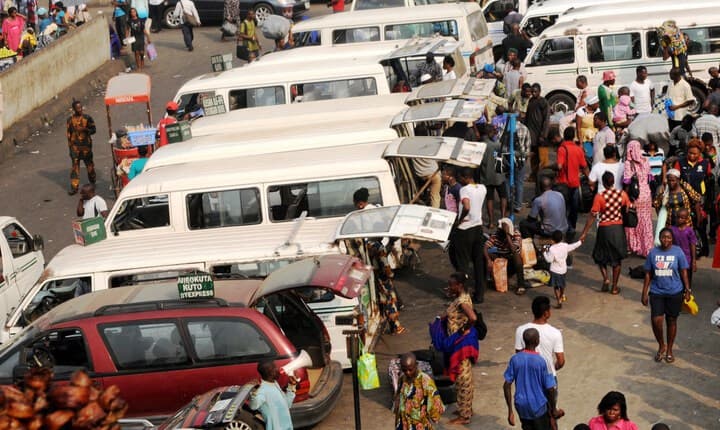 Nigerians using public and private transportation are in for more suffering after private transport owners were ordered to increase fares by 25 percent.
DailyTrust reported that this was made public in a memo issued on Tuesday by the Association of Private Transport Company Owners of Nigeria (APTCON).
The increase will take effect from August 25, 2022.
The development comes after Premium Breadmakers Association of Nigeria (PBAN) announced that the price of bread is expected to rise by 20 percent over the increase in price of raw materials occasioned by the ongoing war between Russia and Ukraine.
The transporters said owing to the prevalent harsh economic situation as well as the recently announced increase in petrol pump price across the country, the board of APTCON, in collaboration with its member companies, deliberated and unanimously agreed that a marginal increase in interstate transportation fares is inevitable.
The operators also explained that this increase was borne out of the “downturn that has greatly affected all sectors of the economy, especially transportation. In response to the high cost of operations, while many trade associations have increased charges as a means of survival, some others, like the elitist airlines, have received post pandemic intervention funds from the government.”
The group pointed out scarcity of forex and high exchange rates have made it impossible for transporters to purchase new vehicles while cost of spare parts for vehicle maintenance has risen by almost 80%.
‘’These challenges have taken a significant toll on the revenue of private transport company owners across Nigeria as most transporters are either operating at a loss or at cost. While some have had to shut down operations completely, many others have expressed their inability to pay salaries much less run profitably.
‘’To address the situation, APTCON hereby implores all private interstate passenger transport company owners of Nigeria to increase bus fares by at least 25% effective 25th August, 2022.
“It is important to mention that although this increase will be beneficial to all stakeholders, it will only work if we all work hand in hand to enforce it at our various parks, stations and terminals,” it said.
Top Stories