They were nabbed following intelligence reports on their alleged cybercrime activities. 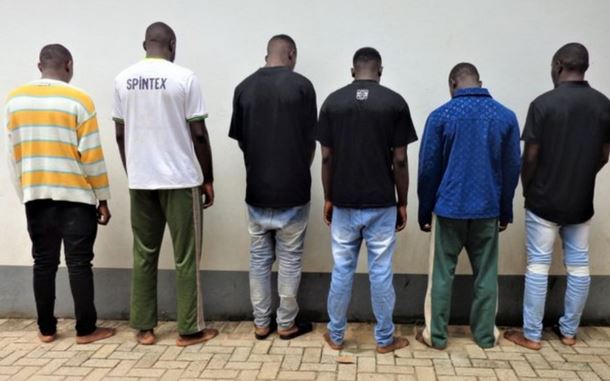 The suspects were arrested on Saturday, July 23, 2022, at Amichi Hotel in Orokam, Benue State.

Items recovered from them include two Mercedes Benz GLK 350, one Mercedes Benz C300, several mobile phones, one international passport, and one Apple laptop.

According to a statement issued by the anti-graft agency, preliminary investigations carried out by the EFCC linked two semi-detached duplexes in a private estate at Life Camp, Abuja worth over N56 million to two of the suspects.

The Commission added that the suspects will be charged to court as soon as the investigation is complete.