The Mind Games of Big Brother Naija: How the Show Tricks Us Into Caring


What makes BBNaija so captivating is not just the drama that unfolds among the contestants, but the way the show tricks us into caring about them. 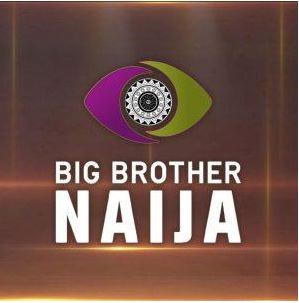 Introduction
Millions of people around the world tuned in to watch Big Brother Naija (BBNaija). The show is unique in that it takes place in a house with a group of contestants, known as housemates, who are isolated from the outside world and must compete for weekly prizes and the ultimate grand prize.
What makes BBNaija so captivating is not just the drama that unfolds among the contestants, but the way the show tricks us into caring about them. In this post, we'll explore some of the ways BBNaija manipulates our emotions and makes us invest in its cast of characters.
How Big Brother Naija Preys on Our Emotions
Big Brother Naija is all about mind games.
The contestants know that the only way to win is to get inside our heads and play on our emotions. They know how to push our buttons and make us care about their stories.
Read Latest News and Gist Updates on BBNaija
Why do we let them get away with it? Why do we fall for their tricks every single time?
Maybe it's because we want to believe that there's still some good in the world. Maybe we're just too naïve to see through the lies. Or maybe we're just hooked on the drama.
The Different Types of Emotional Manipulation Used on the Show
Big Brother Naija is a show that is all about emotional manipulation.
From the moment the contestants enter the house, they are subjected to a variety of mind games designed to get them to play by the rules of the show. These games can be anything from pretending to be nice to someone until they break, to gaslighting them into thinking that everyone else is against them.
The end goal is always the same: to get as many of the contestants as possible to become invested in the game and care about what happens to them.
This level of emotional manipulation can be very damaging, especially if someone is already dealing with mental health issues.
How We Can Avoid Getting Emotionally Attached to the Show
It's easy to get wrapped up in the drama of Big Brother Naija. We see these people every day, and we start to feel like we know them. We invest in their relationships, root for them, and feel devastated when they're voted out.
But the thing is, these people are actors. They're playing a role, and they're doing it very well. We need to remember that the show is designed to make us feel this way - to get us emotionally attached so that we'll keep watching.
See BBNaija Weekly Nominations List
The best way to avoid getting too emotionally attached is to remember that these people are not real. They're not our friends, and we should not be taking their drama personally. If we can keep this in mind, we'll be able to enjoy the show without getting too upset when things don't go our way.
The Different Types of People Who Get Emotionally Attached to the Show
Throughout the show's run, we've seen different types of people get emotionally attached to it. Some people are just in it for the entertainment value, while others develop feelings for the contestants.
There are those who watch the show to see how people will manipulate and deceive one another and there are those who watch it to see how human beings can be so cruel. But then there are also those who watch the show because they genuinely care about the contestants and want to see them succeed.
No matter what your reason is for watching, it's hard not to get emotionally attached to the show at some point. It's amazing how it can manage to suck us in and make us care about complete strangers.
How to Deal With Getting Emotional Attached to the Show
Watching Big Brother Naija can be an extremely emotional experience. From the get-go, the contestants are strategically placed in the house in order to create tension and drama.
This means that we often find ourselves emotionally attached to certain housemates, rooting for them and feeling disappointment when they leave. It can be tough to detach ourselves from the show, but it's important to remember that the contestants are playing a game.
If you're struggling to cope with getting emotional attached to the show, here are a few tips:
-Remember that the contestants are actors and are playing a character. They aren't real people and their lives outside of the house don't matter.
-Take a break from watching the show. This will give you time to reflect on your emotions and why you're feeling them.
-Talk to someone about how you're feeling. This can be really helpful in getting your thoughts and feelings out in the open.
The Importance of Detachment
It's important to remember that the game is scripted. The contestants are told what to say and do, and often times, the most "shocking" or "emotional" moments are staged for our entertainment.
Also use the BBNaija Weekly Voting Polls to Vote for your favorite BBNaija housemates
When we get too emotionally invested in the game, we run the risk of becoming attached to specific contestants. And when they're voted out or leave the show for other reasons, it can be really tough to deal with.
It's crucial that we remember to detachment ourselves from the game and the contestants. That way, we can enjoy it for what it is without getting too upset when things don't go our way.
Conclusion
It's hard to watch Big Brother Naija without getting wrapped up in the drama. The show is carefully crafted to keep us on the edge of our seats, and it's surprisingly effective. We start caring about the contestants, and we're always anxious to see what happens next. It's a genius move by the producers, and it's no wonder the show is so popular.
Top Stories