PDP Impeachment Threat: They Are Minorities And Wasting The Country's Time With Their Flippant Ultimatum To Impeach Buhari - Femi Adesina (Video)


Adesina posited that the PDP might be showing concern now and playing to the gallery about insecurity because it is now coming close to its comfort zone in Abuja. 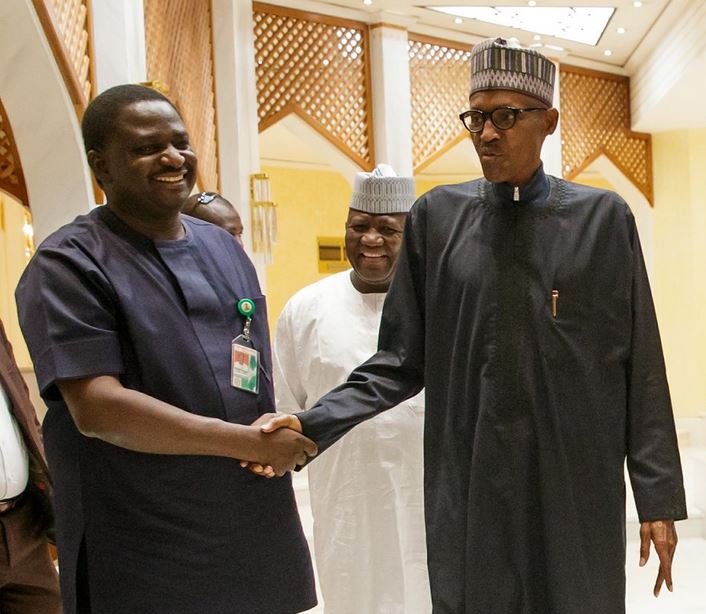 Special Adviser to President Buhari on Media and Publicity, Femi Adesina has stated that members of the People's Democratic Party in the Senate calling for the impeachment of President Buhari due to the worsening insecurity are only wasting their time.

The PDP Senators on Wednesday staged a walkout during plenary after the Senate President, Ahmad Lawan, refused to take a motion of insecurity raised by a PDP lawmaker.

The opposition lawmaker during their stage out chanted ''Buhari Must Go''. They also had a press conference where they have the President a six-weeks ultimatum to find a solution to the rising case of insecurity in the country or face impeachment.

Reacting to the threat of impeachment and the six-weeks notice, Adesina who was on Channels TV this evening, said;

I think it was just Bragadou. Very sadly security is not something you subject to Bragadou and you don't begin to issue flippant ultimatum for something that is a matter of life and death. They know in their heart of hearts that they cannot achieve what they are saying. They are just wasting the country's time, wasting the time of the upper chamber of the National Assembly. They know they can't achieve it''he said

Adesina posited that the PDP might be showing concern now and playing to the gallery about insecurity because it is now coming close to its comfort zone in Abuja.

Responding to a question on why the President is yet to address Nigerians on the rising cases in security as well the recent threat by terrorists to abduct him and the Governor of Kaduna state, Adesina said

While responding to comments by the PDP Senator who say things are getting worse in the country, Adesina said

''We have plenty of anarchists in this country. I had a very senior lawyer, somebody we respected so much..he was talking yesterday asking the President to resign if he was tired.

He is an anarchist even though he is a Senior Lawyer.

Some of those lawmakers are Anarchist. Instead of mollfying the situation in the country, instead of talking sensibly, instead of appealing to the positive sentiments of Nigerians, they are stoking the fire. They are anarchists. The news we have for them is that many more Nigerians are positive than the anarchist we have in the system''

Responding to comments by some of the lawmakers that what will happen in Nigeria will be worse than what happened during the 2020 EndSARS protest, Adesina said

''Some of the lawmakers who spoke said what is going to happen is going to be worse than EndSARS. The question is is EndSARS something anybody should link with Nigeria?

End SARS was Anarchy, EndSARS was cannage, cannibalism,it was all that was wrong with the society. Now for anybody whether labour leader or not to say what is coming will be worse than EndSARS, that person is an anarchist.''

When asked if the president will make any political move following threats of the PDP Senators to impeach him, he said

''The National Assembly is so composed that minor cannot have their way. They can not force this down the throat on the majority. Unfortunaly, in the two chambers, we have sensible people who would say Yes we have a challenge of security in the country, the President is doing his best, it is being addressed, let us continue to encourage Security agencies to even do better.

The President is not coming to wave a magic wand and solve this problem. Nobody has that magic wand. It is something that will be done methodogically, systemically. It is not going to be by a magic wand. There is no magic wand to solve this kind of problem''