DAILY POST had earlier reported that the ugly incident happened when the victims were going back to their community in Otulu in Oru East Local Government Area of the State. 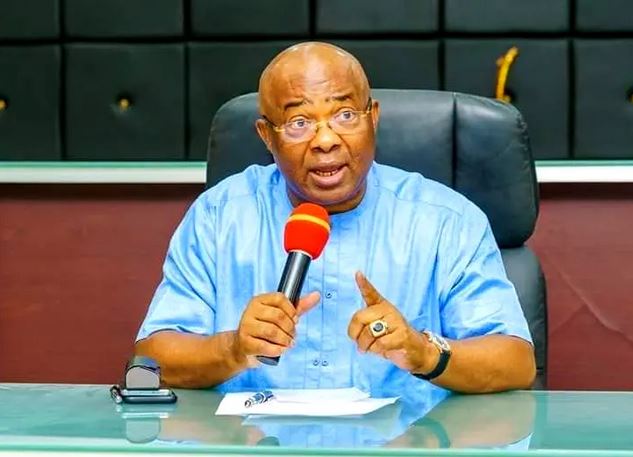 The Governor of Imo State, Hope Uzodinma, has been called out by the Movement for the Actualization of the Sovereign State of Biafra (MASSOB).

He was called out over the recent killing of innocent youths from Otulu town, in Oru East Local Government Area of the State.

DAILY POST had earlier reported that the ugly incident happened when the victims were going back to their community in Otulu in Oru East Local Government Area of the State.

Reacting to the ugly development, Governor Uzodimma urged the Imolites not to be deceived by information flying around over the recent incident at Awo Omamma involving security operatives and some bad boys.

He attributed the unfortunate incident to the activities of some desperate politicians in Imo State, whom he alleged, were working to destabilise the government, using false information on social media as a tool of blackmail.

But MASSOB, in a press release signed by the leader, Comrade Uchenna Madu, forwarded to DAILY POST on Friday, disagreed with the governor’s stand on the scenario.

He described Uzodinma as a serial and pathological liar.

The pro-biafra group posited that Uzodinma had disappointed Ndigbo and imo State in particular by declaring the murdered defenceless youths from Otulu as bandits and unknown gunmen, regretting that it was disheartening that the Imo governor would descend so low without conscience and atom of God’s fear in defending his blood sucking dogs.

MASSOB insisted that the murdered youths from Otulu were innocent youths and were not criminal bandits or members of unknown gunmen as the Imo helmsman wants the world to believe, maintaining that the slain youths were responsible young men doing apprentice work in Otulu.

According to the orgainzation, “Ndigbo will never forget this atrocious murdering of innocent and defenceless youths from Otulu town. Governor Hope Uzodinma will dearly pay for his insensitivity and wickedness to Ndigbo”.

MASSOB, however, vowed that no amount of propaganda or twisting of the truth will ever save Uzodinma, because, nobody will believe his stories.