Count Me Out Of Plot To Impeach Buhari – Senator Sankara


The impeachment plot thickened on Thursday when Peoples Democratic Party (PDP) members in the House of Representatives, aligned with their colleagues in the Senate. 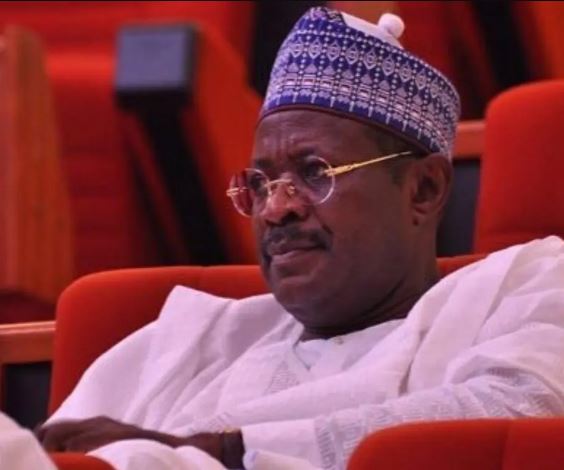 Danladi Sankara, the Chairman, Senate Committee on Information and National Orientation, has given his opinion on calls for President Muhammadu Buhari's impeachment.

Daily Trust reports that the senator has dissociated himself from the plot to impeach President Muhammadu Buhari.

Senator Sankara, who represents Jigawa North West in the upper red chamber, also dismissed a report, linking him to a purported plot by some senators to impeach Senate President Ahmad Lawan.

Opposition senators had, on Wednesday, after a two-hour executive session, gave Buhari a six-week ultimatum to address the current spate of insecurity or get impeached.

The senators later stormed out of plenary chanting “Buhari must go” when the Senate President blocked the move to debate the issue.

The impeachment plot thickened on Thursday when Peoples Democratic Party (PDP) members in the House of Representatives, aligned with their colleagues in the Senate.

The move by the lawmakers comes amid heightened tension in the Federal Capital Territory (FCT) over likely terrorist attacks.

Senator Sankara, in a statement on Saturday, said at no time was he consulted or coopted into the plot.

“I was present throughout plenary sessions of last Tuesday and Wednesday, nobody approached me or sought my consent to join any move to impeach the Senate President or President Muhammadu Buhari,” he said.

According to him, what is paramount at this challenging time was the maturity and understanding of leaders and the people to ensure that Nigeria overcome insecurity and dwindling economy.

He said: “It is very important for leaders to explore workable methods to address the issue of insecurity.

“It is not proper for us to further heat up the polity when we should put heads together to explore workable solutions to the issues of the economy and insecurity. It is a collective responsibility on the part of the leaders and the people.”