Cubana Chief Priest said he paid him to deliver and arrange seats and rather than do that, he was busy making videos. 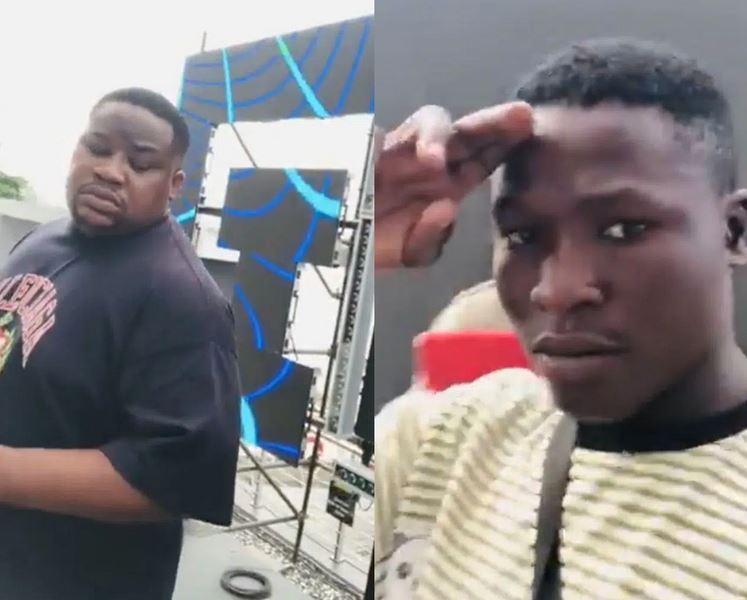 Nigerian entrepreneur and socialite,  Cubana Chief Priest has responded to the fan who called him out for giving him a demeaning look.

A fan had shared a viral video which captured the socialite sizing up a fan in a negative manner after he tried to record him.

Reacting to this, Cubana Chief Priest told the young man to focus on the work he was doing; he had paid him to deliver and arrange seats and rather than do that, he was busy making videos.

According to the barman, he doesn’t entertain unserious behavior and the young man is lucky that all he gave him was ‘the eye’. 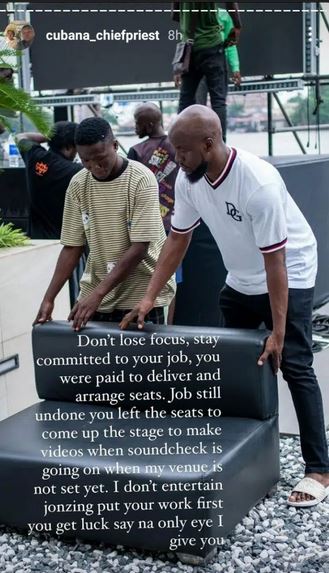 BBNaija: You Don’t Rock My Ass Like Other Girls – Phyna Laments To Groovy (Video)
Recent Stories