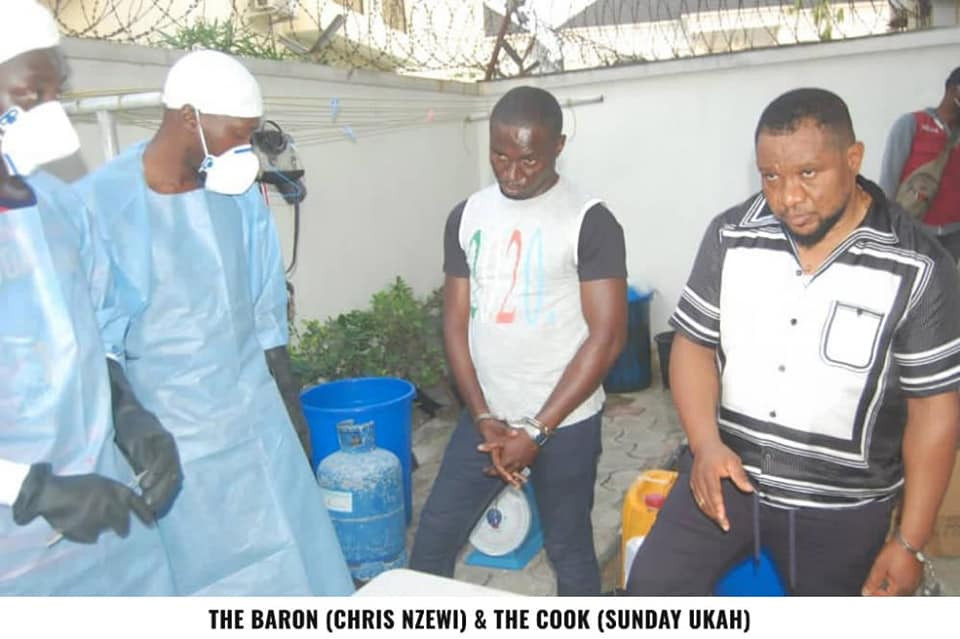 A notorious drug baron, Chris Nzewi arrested in the Victoria Garden City estate in Lagos state over the weekend has been paraded before newmen.
The National Drug Law Enforcement Agency, NDLEA shared photos of the owner of a meth laboratory following his capture.
Recall that we reported how men of the anti-drug agency carried out a sting operation in the estate and arrested the man who ran the laboratory where the toxic substance was produced.
Confirming this development to newsmen today August 2, the Chairman/Chief Executive of NDLEA, Brig. Gen. Mohamed Buba Marwa (Retd) said
“I am pleased to inform the public today that, after months of painstaking intelligence gathering, diligent tracking and coordinated offensive action, we recorded a breakthrough on Saturday, July 30, 2022, when officers and men of the Agency successfully busted two methamphetamine manufacturing facilities, called Meth Laboratories.
The first one, located in Victoria Garden City (VGC) Estate of Lekki, Lagos, is owned by a baron, Chris Emeka Nzewi.
The laboratory in Lagos was set up inside the Boys Quarter building of a four-bedroom duplex. From there, we recovered a total of 258.74 kilograms of crystal methamphetamine and various precursor chemicals used for the production of the toxic drug. The complete paraphernalia of laboratory equipment such as gas cylinders, giant gas burners, industrial face masks, industrial gloves, tubes and flat-bottomed conical flasks, among others were also found.”he said
He said, the owner of the laboratory in VGC, was producing this highly unstable and toxic drug in a house where he lived with his family.
''This speaks volumes about his insensitivity to the consequences of exposing his family, which includes a three-month old baby, to the danger of hazardous chemicals. If that is the case, that is an indication that public health was of no concern to him.
In this particular case, aside from the laboratory being close to the kitchen of the main house, the waste from the laboratory was channelled into the septic tank and soakaway in the compound, with a high risk of contamination of the water table of the entire neighbourhood.
On average, the lab produced 50 kilos of methamphetamine every week with plans underway to increase the capacity of production to at least 100kg per week. Where do these drugs end? From our preliminary interrogation, we now know the drugs from this lab were both for export and local consumption. We also know there is a supply chain of distributors and buyers for export and the domestic market.
When you consider the fact that the price of this dangerous drug was going for as high as US500, 000 per kilo in the international market in recent time, you will understand why Nzewi cared less to put the lives of his own family at risk by producing this in the same house where they live. Hence, taking these two labs out of operation is a major feat in our continuing effort to curb the meth problem.” 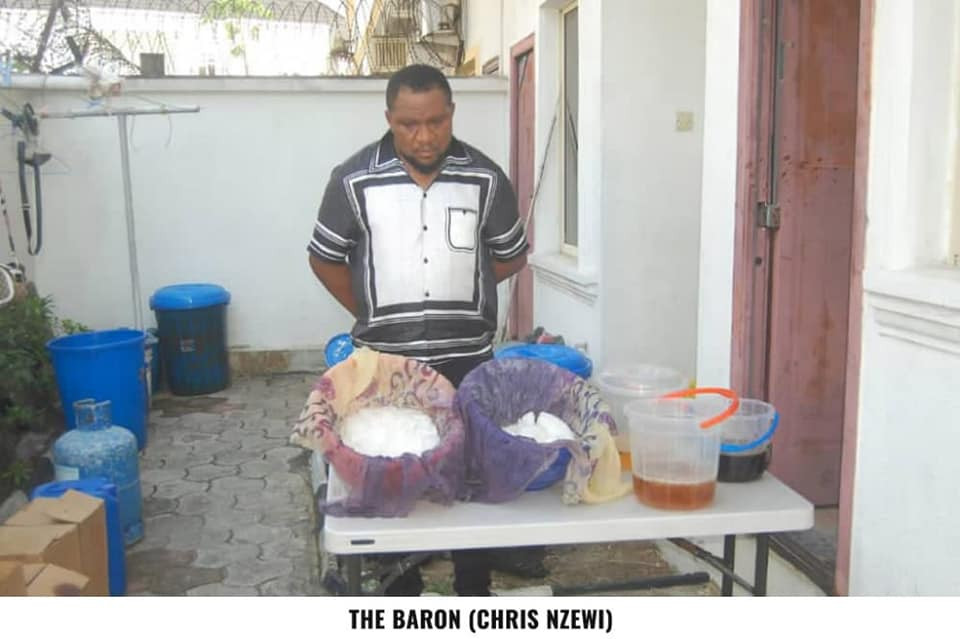 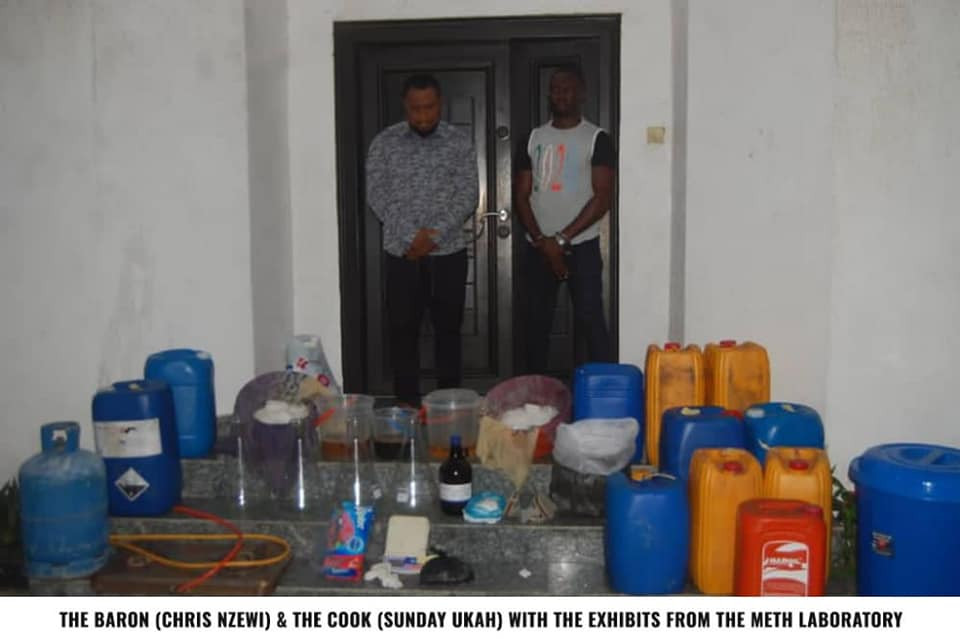 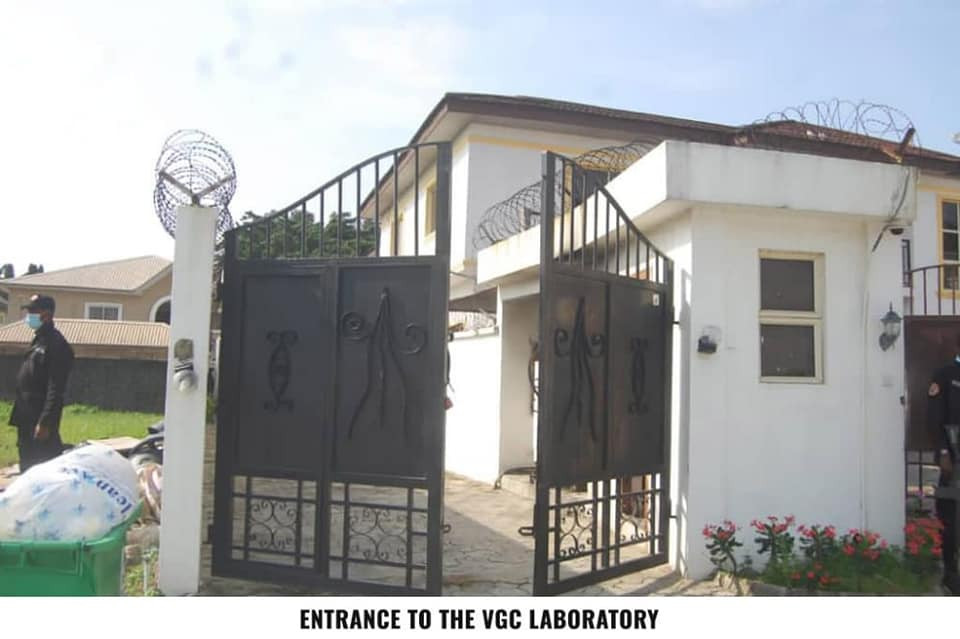 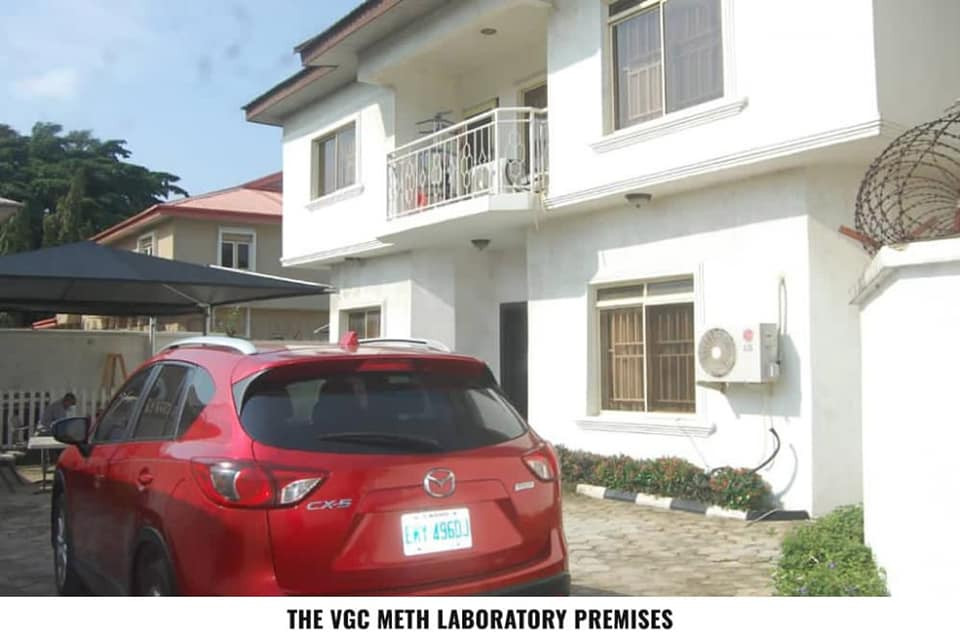