The suspects concealed themselves beneath over 40 motorcycles and cows loaded in two trucks. 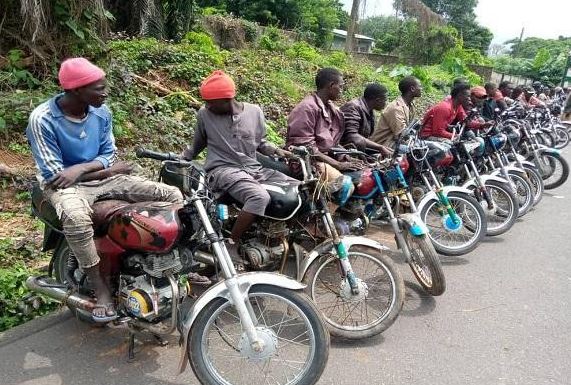 This is coming less that four days after the corps intercepted 151 suspected invaders being conveyed into the state.

The latest suspects concealed themselves beneath over 40 motorcycles and cows loaded in two trucks.

While parading the suspects at the command headquarters on Monday, August 8, the state Commander of the corps, Chief Adetunji Adeleye, said the suspects were intercepted on Sunday, around Itaogbolu-Iju, in Akure North Local Government Area, by a team on stop and search.

He said the Amotekun men became suspicious of the movement of suspects and stopped them only to discover some of them hiding behind the cows.

Adeleye explained that the investigation revealed that the suspects were coming from Kano and Jigawa states, claiming that they were picked in groups along the road and they had no destination in particular.

"After the profiling of the earlier ones, majority of them that do not have any case to answer we, we saw them back to where they came from but we found out that the influx of invaders still continues," he said.

"On Sunday, our stop and search team saw these two trucks they told them that they were on their way to Ondo State with cows. After careful examination, we found out that they carefully concealed about 40 motorcycles with 168 people lying down beneath the motorcycles.

"The upper floor has cows, the middle has motorcycles wrapped and dismantled and on the lower floors, we have 168 people lying down, such that if you are not careful, you won’t observe it.

"Upon interrogation, many of them do not have the address of where they are going, nobody invited them and we are becoming curious about these invasions. I called it invasion because you see over 100 able-bodied men concealing themselves under animals, it shows they are up to negative motives

"After investigation and profiling, if it doesn’t find anything on them and as long as they don’t have anybody that is ready to take custody of them in Ondo state, the corps will send them back to their various states

"We have commenced profiling but we want to warn citizens of the state to be wary of visitors because nobody knows how many of such invaders had managed to enter the system. We saw some of them with charms which we are yet to ascertain what the mission is

"Those who own the motorcycles, they confessed that non of the motorbikes had papers and of course, they photocopied some papers but you can see one engine number in 30 motorcycles which clearly shows that they were forged documents

"We will find out how they got the motorcycles and also find out their mission in Ondo State. If they don’t have any credible thing to do in the state, we will send them back.''

Adeleye further said, 'while respecting their rights as Nigerians, it still feels that while travelling, anyone should have a mission and destination at where he or she is going to

"As a Nigerian regardless of geopolitical zone, you have the right to lawfully go to any part of the country but it is the unlawful part we are contesting

"When you now move in a suspicious way that would amount to criminality, that is where it puts you to question." he added. 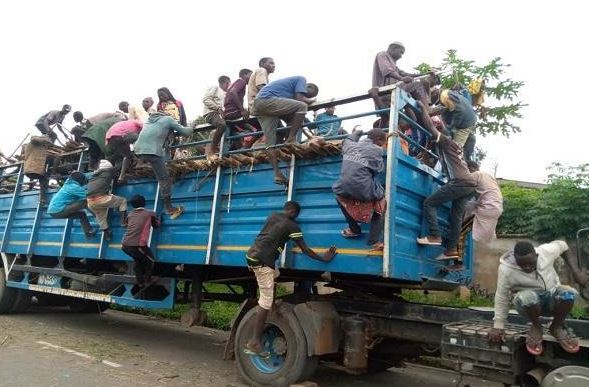 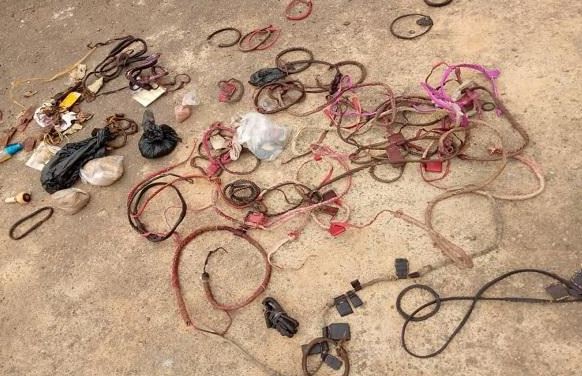