He added that the building’s density and setback on the site showed gross violations of the Lagos State Building Regulations. 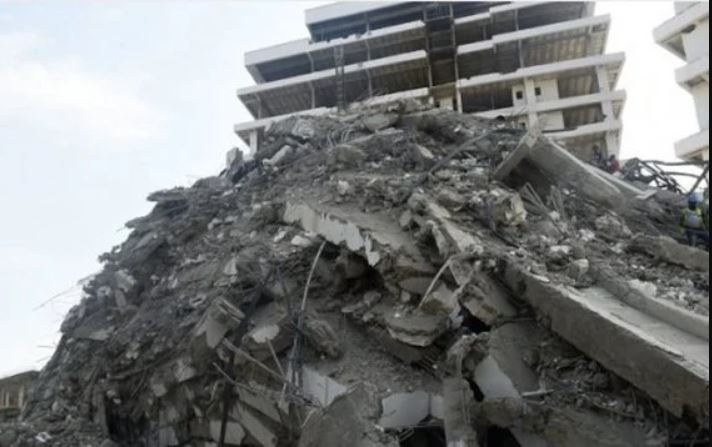 New information has emerged on the horrific collapse of the Ikoyi tower, The PUNCH reports.

The Coroner, Chief Magistrate Oyetade Komolafe, on Tuesday attributed the November 1, 2021 Ikoyi 21-storey building collapse to negligence in adhering to the best practices by the relevant agencies responsible for approval and supervision of the project.

Komolafe disclosed this while delivering judgment at the Lagos Island Coroner Division, at Court 4, Surulere, after unravelling the circumstances that led to the November 1, 2021, 21-storey building collapse at 44, Gerard Road, Ikoyi, Lagos.

He added that the building’s density and setback on the site showed gross violations of the Lagos State Building Regulations.

He mentioned that the project board which should have boldly shown the sensitive and important information of the names and addresses of the professionals who carried out the project were deliberately not provided.

According to Komolafe, approving and supervising agencies did not sanction the offender, suggesting that they were compromised.

“The building structure failure was due to the design errors and combined stress failure of the columns at the lower floors,” he said.

Komolafe added in his findings, “That there was lack of quality assurance/control and poor project management on the project site.”