Recall that Beauty was on Sunday disqualified from the show for breaking the house rules after the Saturday night party, when she got drunk. 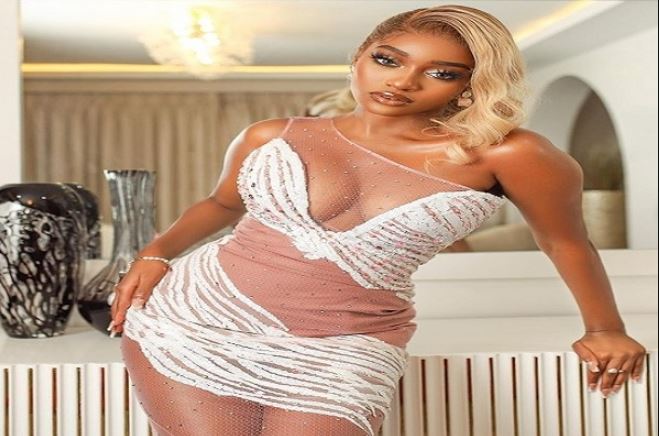 Beauty Tukura, the evicted Big Brother Naija housemate, has spoken on the housemates who might win the show.

She identified five housemates she would like to win the ‘level up’ edition.

Beauty, during her ‘unlocked’ interview with organizers of the show, said she would like Doyin, Hermes, Khalid, Groovy, Kess or Phyna to emerge the winner of the N100 million grand prize.

When asked who she would like to win the show, Beauty said, ”For level one I’m rooting for Doyin and Hermes.

”For level two I’m rooting for Khalid, Groovy, Kess, and as crazy as it is, Phyna,” she added.

Recall that Beauty was on Sunday disqualified from the show for breaking the house rules after the Saturday night party, when she got drunk.

Biggie had said the decision was based on her disrespect for the house rules and creating an inhospitable space for fellow housemates.

Beauty, who left the reality show in her pajamas got angry with Groovy, for dancing and conversing with another female housemate, Chomzy.

In annoyance, she removed her pair of glasses and flung them at Groovy, and at another point flung her microphone away.

These two occurrences fetched her one strike each with another strike she bagged in the previous week when she charged at a fellow housemate, Ilebaye, throwing an object at her.

Beauty got three strikes in all, for her misbehaviour which got her disqualified from the show.