The union said the suspension followed enormous progress made in the ongoing renegotiation with the Federal Government. 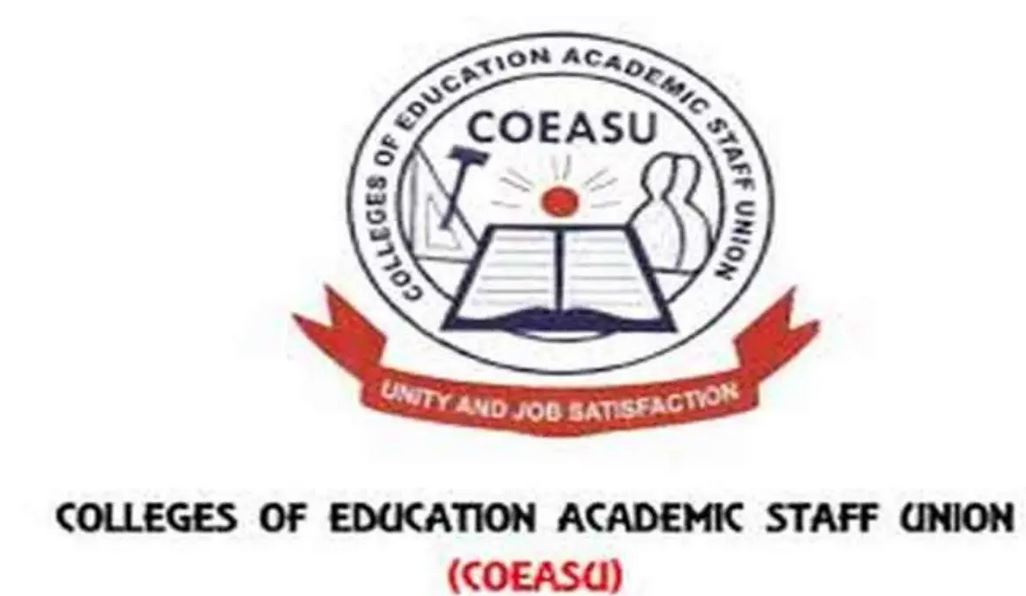 The College of Education Academic Staff Union,(COEASU) lecturers have taken a break from their ongoing strike for a period of 60 days.

The suspension is contained in a state signed by COEASU President, Dr Smart Olugbeko and Dr Ahmed Bazza, General Secretary of the union on Friday in Abuja.

The union said the suspension followed “enormous progress” made at the ongoing renegotiation with the Federal Government.

Olugbeko said the decision to suspend the strike was taken at the end of its National Executive Council (NEC) meeting held in Abuja, to re-assess the status of issues leading to the three-week roll-over of the national strike.

According to him, as evident in the enormous progress made at the ongoing renegotiation and the appreciable level of progress made towards the amendment of the Colleges of Education Establishment Act, which is paramount for the development of the COE system.

“NEC resolved that the nationwide strike that started on June 10, be suspended for a cool-off period of 60 days.

“This is to give the government the opportunity to perfect the progress made so far into tangible achievements that are acceptable to the union.

”After which the NEC shall reconvene to re-assess the status of the issues and decide the way forward, ”he said.