The singer put up an impressive performance to the excitement of his fans as they sang along to some of his hit songs including Buga, Oshe, Mama and Yeba. 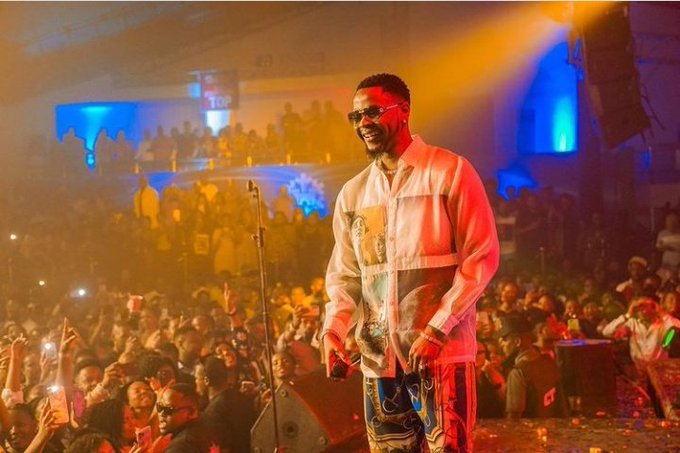 The singer fulfilled his promise to perform for free for his fans in Tanzania on Friday, August 12, 2022, after he had earlier disappointed them.

The singer put up an impressive performance to the excitement of his fans as they sang along to some of his hit songs including Buga, Oshe, Mama and Yeba.

At a point during his performance, he paused and said, “I want to know if I have the real Kizz Daniel fans in the building tonight. I am talking about the fans from 2014 because I want to test you guys and you have to pass the test. Are you ready to pass the test?”

He then performed some of his other hit songs such as Woju, Laye and One Ticket.

However, his performance had some disruptions due to the poor sound from the technical crew. He had to abandon his live band and rely on the disc jockey for the rest of his performance.

One of the highlights of the show was when he brought out the flag of Tanzania on stage, and apologised for failing to perform last Sunday. Also, his outfit was in the colours of the country’s flag.

After he performed Buga, he said, “I think I have to come back because I owe you guys a proper show because this sound is not making me enjoy my performance tonight. I promise you guys that I will come back. I love you and I thank you and the promoters for coming out tonight.”

Recall that on Sunday, August, 7, 2022, the singer failed to perform at a show he was contracted to perform at in the East African country. This angered fans who went on to destroy properties at the venue of the show. The singer was consequently arrested by the police.