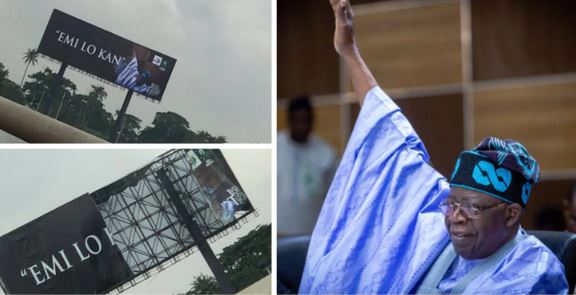 A campaign banner with the slogan 'Emi Lokan' belonging to Bola Tinubu of the All Progressives Congress has been destroyed.
Nigerians on social media have reacted following the revelation.
It was gathered that the campaign material located at Bariga, off the third mainland bridge, had a part of it destroyed.
See reactions gathered by Naijanews platform:
@LagbajaOmolol wrote: “I swear dis billboard is purely an insult on tinubu himself he should arrest whoever do dis”
@drixiebunny wrote: “Na thunder strike dat side…. As all the thunder wey youths dey send no fit catch am for real life, e go catch am for billboard”
@CalibreCrown wrote: “You know its been windy lately. Na wind blow am.”
@CallMeJossy wrote: “Honestly I do t support this. Let it be there and used a reason to not vote him. Imagine if this was Atiku or Obi banner?”
@BASILAZUBUIKE wrote: “Agreed and supported. However, from the available records in Lagos, it’s the emi lo supporters that are removing their opponents banners, posters and boards.”
@troll30000000 wrote: “Na one “omo ale” do this thing oo”
@fittyAnih wrote: “They will soon say it’s obidients”
@DadaSupremacy2 wrote: “Kan and tinubu don fall inside river. The mami water self is against him”
@yinkadudu2 wrote: “If people can climb a billboard on top of the water to cut down a poster that should ring a bell” 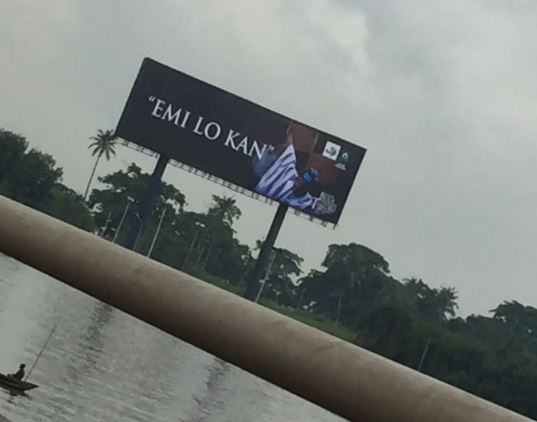 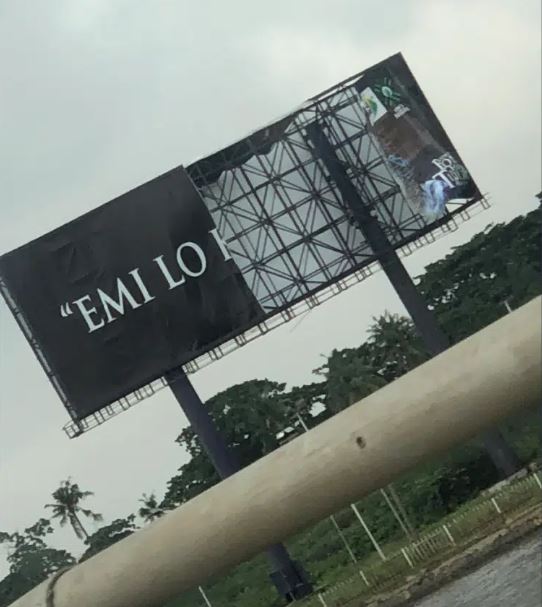