Aminu, represented in the appellate court by his counsel, Kola Alapini, was convicted on January 21, 2021. 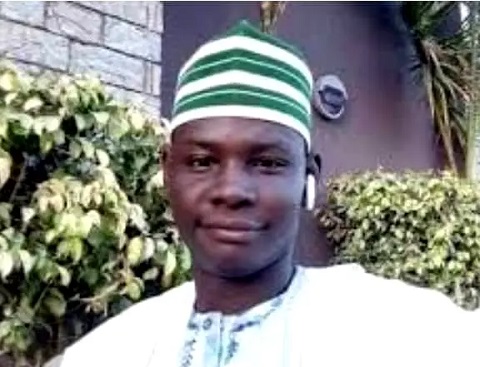 The court of appeal has set aside a death sentence handed to Kano singer, Yahya Sharif-Aminu by the Sharia court after he was accused of blasphemy against the Prophet Muhammad.
The court on Wednesday ordered a retrial.
Recall that a Shariah court in Kano had sentenced Yahya Sharif-Aminu to death on August 10, 2020, after he was found guilty of committing blasphemy in a song.
The ruling had stirred an outcry among a segment of Nigerians.
Despite the public outcry, the Supreme Council for Sharia in Nigeria asked the Kano state government to execute the court judgment.
Abdullahi Ganduje, governor of Kano, also said he would not waste a minute when signing Sharif-Aminu’s death sentence if he failed to file an appeal within 30 days.
But Sharif-Aminu had appealed the judgement in a suit filed through Kola Alanipini, his counsel.
The musician also challenged the judgement before the state high court.
Although the high court dismissed the death sentence, it denied the musician bail and ordered his re-trial before another Shari’a court judge.
But the singer’s lawyers kicked against the ruling and also appealed the verdict of the high court.
Sharif-Aminu’s lawyer argued that he ought to be released from detention and that his retrial should not take place at another Shari’a court.
But during the court session held via Zoom on Wednesday, the appeal court upheld the initial judgement of the Kano high court which ordered the retrial of the case in the Shariah court.
Two of the three judges had backed the defendants while one objected.
Top Stories