The women threatened to deploy other means that will ensure their safety and that of their crops. 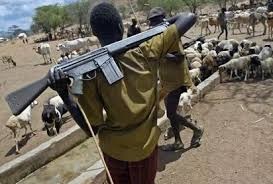 The women of Evekwu community in Emohua Local Government Area of Rivers State have protested against herdsmen, on Wednesday.
According to DailyPost, the woman staged a protest at the Rumuji Police Division to demand urgent intervention over the activities of herdsmen.
The women, who carried placards with different inscriptions, had first marched to the Rumuji Police Station before returning to the palace of the paramount ruler to complain about how “cows have destroyed their crops” leaving them and their families with “hunger”.
The community’s woman leader, Joy Obisike called on the local government chairman, Governor Nyesom Wike and President Muhammadu Buhari, as well as security agencies, to prevail on the herdsmen to “steer clear” from their farmland.
The women threatened to deploy other means that will ensure their safety and that of their crops.
Another woman leader in Evekwu community, Salome Amakanwo alleged that their lives were being “threatened on a daily basis” by the herdsmen who “use guns and dangerous weapons” and that their woman were being “r$ped at gunpoint”.
She said the revenue from the crops is what they use to train their children in school.
The protesters called for urgent intervention by government at all levels and security agencies to save them from looming hunger and crisis.
A police personnel at the Rumuji Police Station, who addressed the protesters, advised them to take their complaints to the local government council secretariat for urgent intervention.
Top Stories