According to Louis, he feels so bitter about the incident because he once helped this friend with ₦36k which he didn’t pay back. 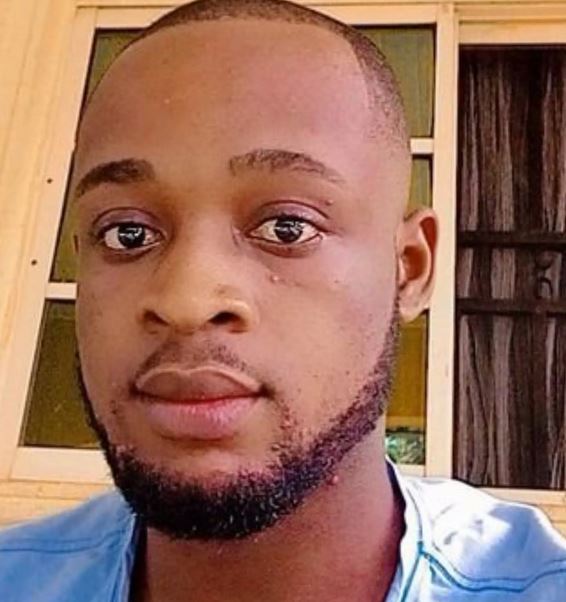 A Nigerian man identified as Louis Akomaye has taken to the microblogging platform, Twitter to complain after his friend made a whooping sum of ₦15 million from ‘internet fraud and gave him 12k.

According to Louis, he feels so bitter about the incident because he once helped this friend with ₦36k which he didn’t pay back.

“My friend collected 15 Million from Yahoo and na 12k he give me. Bro person way we grow up together. At least…. Something more for show na, I know say I no dey entitled to anything, But 12k no na. Person way me don first help with 36k and he never give me back sef.”

Reacting to this, @khanofkhans11_ said: “How much you de expect make he give you 😂”

@_credd__ wrote: “Fraud niggas Don’t have manners and they don’t know commitment 😂🤣, there’s difference between my guy and my friend 😂. If you’re friends as you claimed as he made that money you’re also rich. But maybe he took you as his guy, while you thought he’s your friend.” 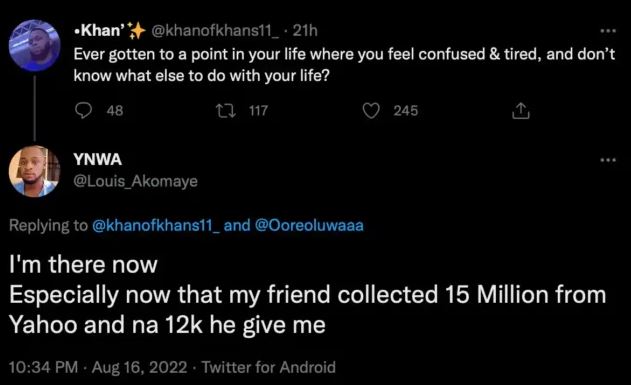