Wike lost the Peoples Democratic Party (PDP) presidential ticket to the former vice president at the Abuja primary in May. 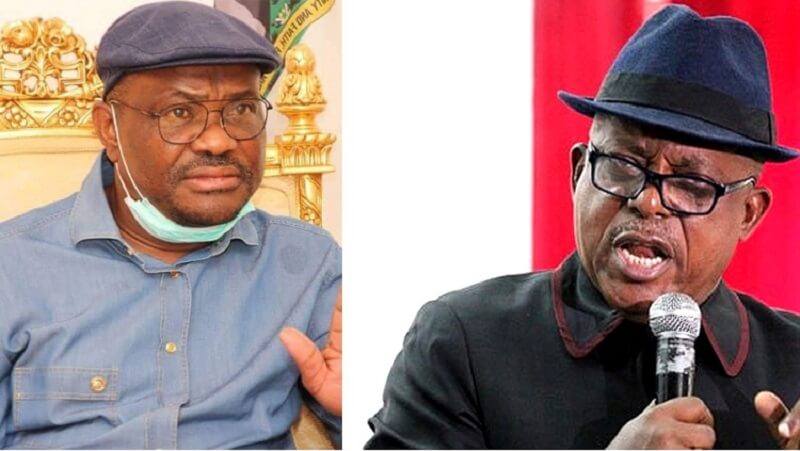 Secondus rebuked Governor Wike over his warning against his support for Atiku Abubakar.

Wike lost the Peoples Democratic Party (PDP) presidential ticket to the former vice president at the Abuja primary in May.

Sokoto Governor, Aminu Tambuwal’s last-minute deal with Atiku knocked Wike, who supported him at the 2018 convention in Port Harcourt, to the second position.

Since then, Wike has gone on the offensive attacking state and national PDP leaders and officials.

The Rivers helmsman accuses his Sokoto counterpart Aminu Tambuawal of betrayal for stepping down for Atiku.

On Saturday at Omagwa in Ikwerre local government area, the governor threatened to crush anyone working with Secondus

Wike lamented that influential politicians who claimed to be with him have shifted loyalty to his rivals.

“We will take every might we have, we will even leave our enemy and finish you first.

“So all of you going to Abuja to hold meetings with our enemies in the state, I’m going to finish you to the last”, he vowed.

In reply, a terse statement by the ex-chairman’s media office reminded the governor that he would not be in power till eternity.

Secondus condemned Wike’s “disdainful threat..that he will crush anybody who works with him in support of the PDP presidential candidate Atiku Abubakar.”

“Wike you cannot crush anybody, I cannot fight or join issues with you, only God can crush”, he stressed.

Quoting Nnamdi Azikiwe’s advisory, Secondus added: “No condition is permanent and nobody can become Governor of a state or President of this country forever.”