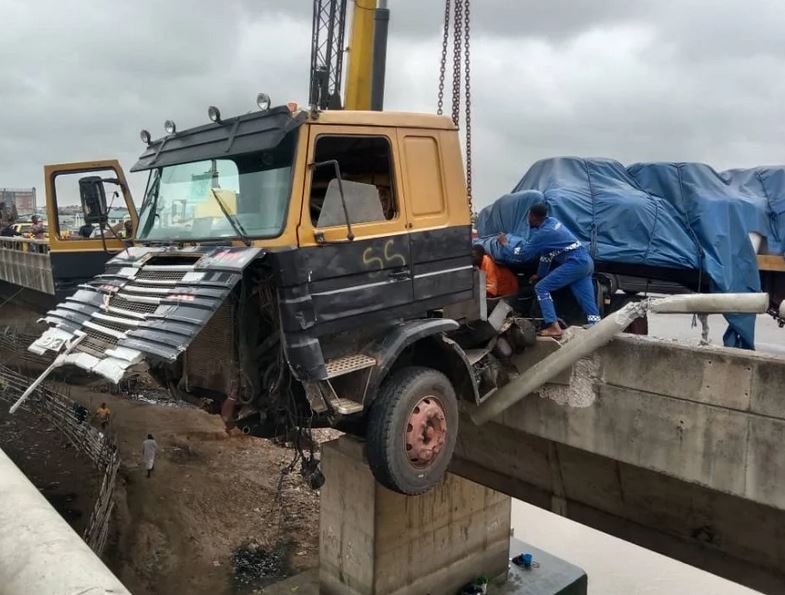 Motorists have been stuck on the Lagos-Ibadan Expressway, Tuesday morning after a trailer accident.

Punch gathered that the trailer driver lost control, rammed into the barricade and almost fell off the bridge.

The police and other traffic officials are already on the ground to salvage the pressing situation.

It was a standstill experience for commuters as many vehicles were seen plying the untarred road off the expressway.

Meanwhile, plying the untarred route did not seem to be a total way out as our correspondent saw that there was also traffic on the road, which could not be disconnected from attempts by many commuters to use the route.

It was gathered that the trailer had crashed since Monday night, damaging a part of the concrete bridge railing.

The cause of the crash was yet to be ascertained but a team of the Federal Road Safety Corps was seen at the scene.

However, a passenger, who spoke to our correspondent, suggested it could have been caused by a brake failure.

He also bemoaned the development, saying that the road repair by the construction company ought to be carried out in the middle of the night rather than delaying people who had several businesses and works to attend to in the morning. 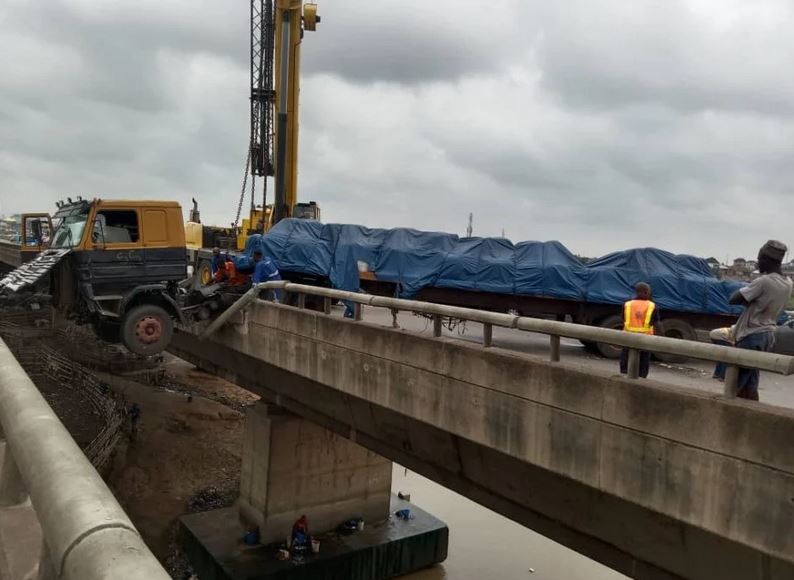