The Governor stated this while reacting to the ongoing strike of the ASUU Sule Lamido University, Kafin-Hausa chapter in Jigawa State. 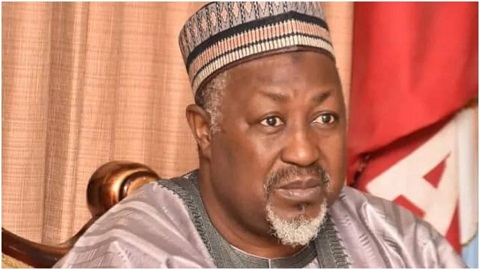 Governor of Jigawa State, Muhammad Badaru Abubakar has sent a message to members of the Academic Staff Union of Universities, ASUU.
According to him, ASUU has no justifiable reasons to continue with the strike.
Badaru stated this during an interactive meeting with Permanent Secretaries, Directors, Deputy Directors, and Heads of Ministries and Parastatals at Sir Ahmadu Bello Conference Hall, Dutse.
The Governor stated this while reacting to the ongoing strike of the ASUU Sule Lamido University, Kafin-Hausa chapter in Jigawa State.
He explained that the ASUU in the state-owned university has no reason to continue with the strike.
“I don’t see any reason for the state own universities to continue with the strike because as the state government had already catered to their demands as at when due.
“About seventy percent of the Lecturers are state indigenes who suppose to show love and concern to the education of the upcoming leaders,” he said.
Governor Badaru however urged the union to appreciate the government’s commitment and not be used in a fight that does not concern them.
He, therefore, urged elders and other stakeholders in the state to intervene in the ongoing strike.
ASUU embarked on strike on February 14, 2022, over the enrollment of Federal Government workers on IPPIS, however, the state government’s universities are not affected by IPPIS since their salaries do not come from the Federal Government.
Top Stories