BBNaija: What We Would Have Done Differently If... ― Khalid, Ilebaye Reveal


They revealed what they would have done differently if they weren’t evicted early as well as lessons from Biggie’s house. 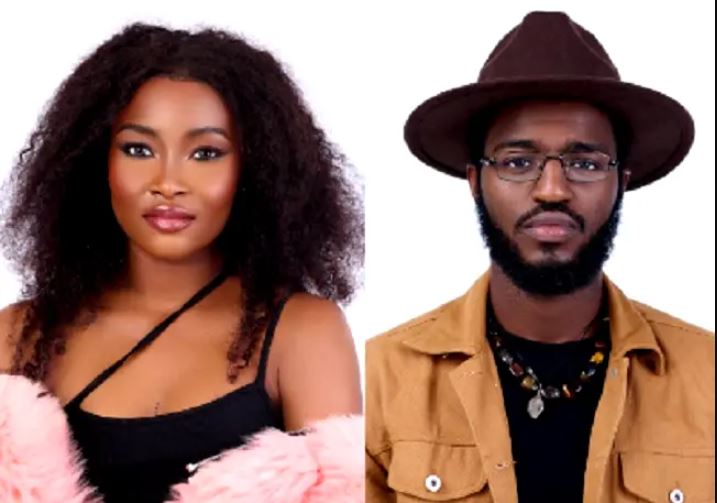 Khalid and Ilebaye, two evicted BBNaija S7 housemates, have opened up about themselves.

They revealed what they would have done differently if they weren’t evicted early as well as lessons from Biggie’s house.

Khalid and Ilebaye were guests during a virtual meeting with newsmen, monitored by Vanguard.

Khalid said he learnt to understand people better, handle situations in a diplomatic manner, and also corrected the public perception of his relationship with Daniella while Ilebaye spoke about how she was misunderstood a lot by housemates.

Ilebaye also narrated her experience living in the house, clarified her relationship/rifts with fellow housemates such as Beauty, Bryann, and predicted the likely winner of the show.

During the virtual meeting, Vanguard inquired about Khalid’s lessons from Biggie’s house, The professional artist/graphic designer said there were a lot of heightened emotions in the house which led to misunderstandings and rifts.

He said, “I learnt how to understand people better and to handle situations in a diplomatic manner”

What I would have done differently, Misconceptions

When asked what he would have done differently if he wasn’t evicted early, Khalid corrected the erroneous belief that his relationship with Daniella was a strategy, noting that it was misconstrued a lot by the public and wished he won Head of House games as he was one of the closest challengers.

“I would have handled things differently if I knew the perception of the public about my relationship with Daniella, also put more energy into tasks and Head of House games because I came close to winning a lot of times” he said

Ilebaye on the other hand felt she got into rifts because she is a blunt person who likes to be frank with issues rather than keeping them at heart which was misinterpreted and misunderstood by a lot of housemates. The fashion model plans to reconcile and reach out to the housemates if such an opportunity arises after the show.

Khalid also said being in the house was a memorable experience because he met a lot of intelligent people, made a lot of friends, and had a great relationship with Daniella, Beauty, Christy O as well as other housemates.

He predicted Daniella, Phyna, Hermes, and Chomzy as likely winners of the show but noted that everyone is a strong contender.

Ilebaye cares about a lot of people such as Dotun, Phyna, Doyin, Amaka, Chomzy and hopes one of them wins, especially Phyna who she thinks may likely emerge winner if she is not distracted.

Ilebaye plans to build a fashion empire, focus on her brand, acting, and modelling.

She also plans to build an orphanage home and humanitarian works.

Khalid plans to develop his craft in art, graphic design, snicker design, fashion, modelling, and hopes for endorsement, as well as explore affiliate marketing and basketball.