The elderly woman was spotted in the streets campaigning for Peter Obi to become president in 2023. 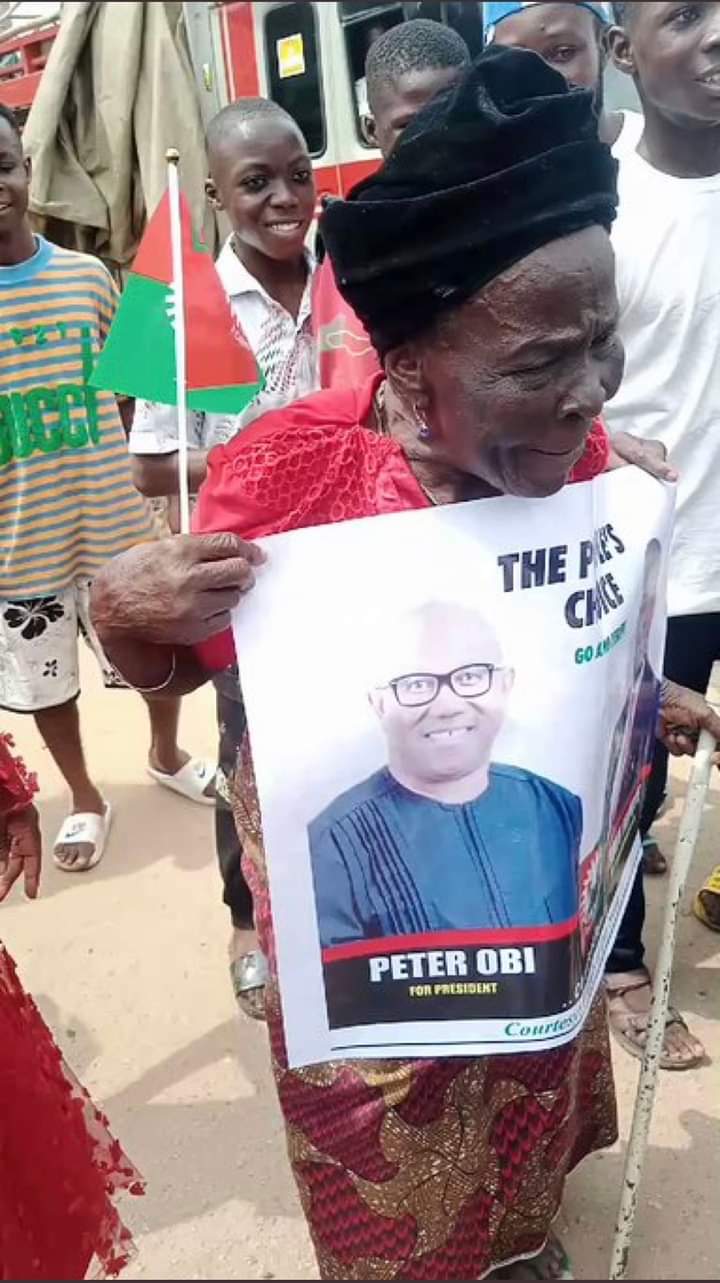 A video has surfaced online showing an elderly woman campaigning vigorously for Labour Party's presidential candidate, Peter Obi.
According to the woman, she wants Peter Obi to become president in 2023.
The woman, Peter Obi has helped the people of the state in the past and deserves to be voted as President.
She was among the people who participated in the '1 million march' for Obi in Anambra.
Watch video below: