It was further gathered that some inmates also attempted to escape from the prison facility amidst the tension but were prevented by the warders. 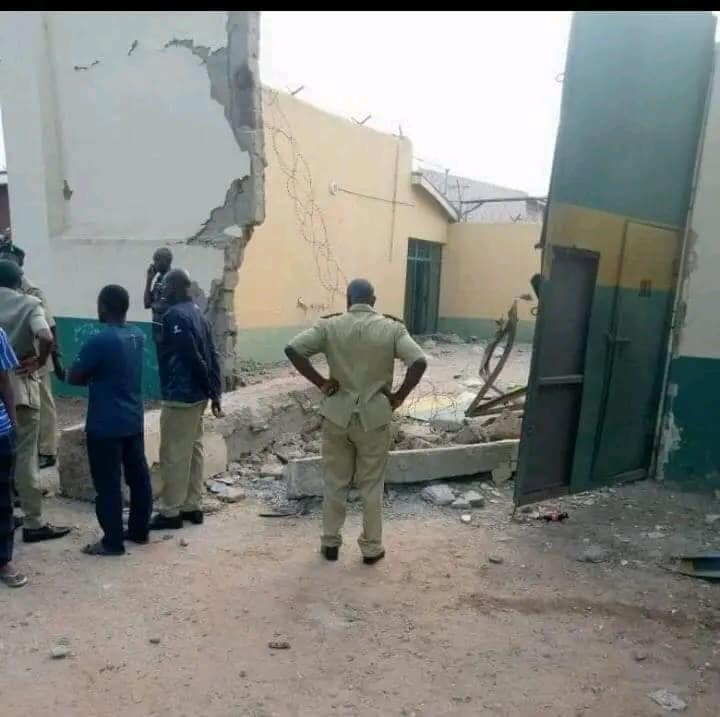 Inmates attempted to escape from Kuje prison following the death of an inmate.
According to Punch, inmates also early Monday, protested against the death of their colleague.
It was gathered that the unrest was triggered following the death of the inmate, who was allegedly not given prompt medical attention.
It was further gathered that some inmates also attempted to escape from the prison facility amidst the tension but were prevented by the warders.
Officials of the prison confirmed the death of the inmate to our correspondent.
“The guy has been sick for weeks now, but the situation deteriorated last night and the wardens refused to attend to him until he gave up the ghost around 6:28 am this morning,” a prison official also told SaharaReporters.
The PUNCH had reported that there was an attack by terrorists on the Custodial Centre in the Kuje area council of the Federal Capital Territory, early July.
It was reported that no fewer than 600 inmates escaped from the centre in the course of the attack.
The Islamic State in West Africa Province had also claimed responsibility for the attack on Kuje Prison of July 5, 2022.
The terrorists claimed the responsibility in a video released in the night of July 6, 2022.
In the video, the terrorists showed how some of its members entered the Kuje prison.
The 38 seconds video showed that the terrorists shot indiscriminately before gaining access into the prison.
Top Stories