Bashorun of Oyo Reveals Who Will Pick Next Alaafin of Oyo


Layinka made this disclosure via a statement signed by the Director of Media and Publicity to the Alaafin of Oyo, ‘Bode Durojaiye. 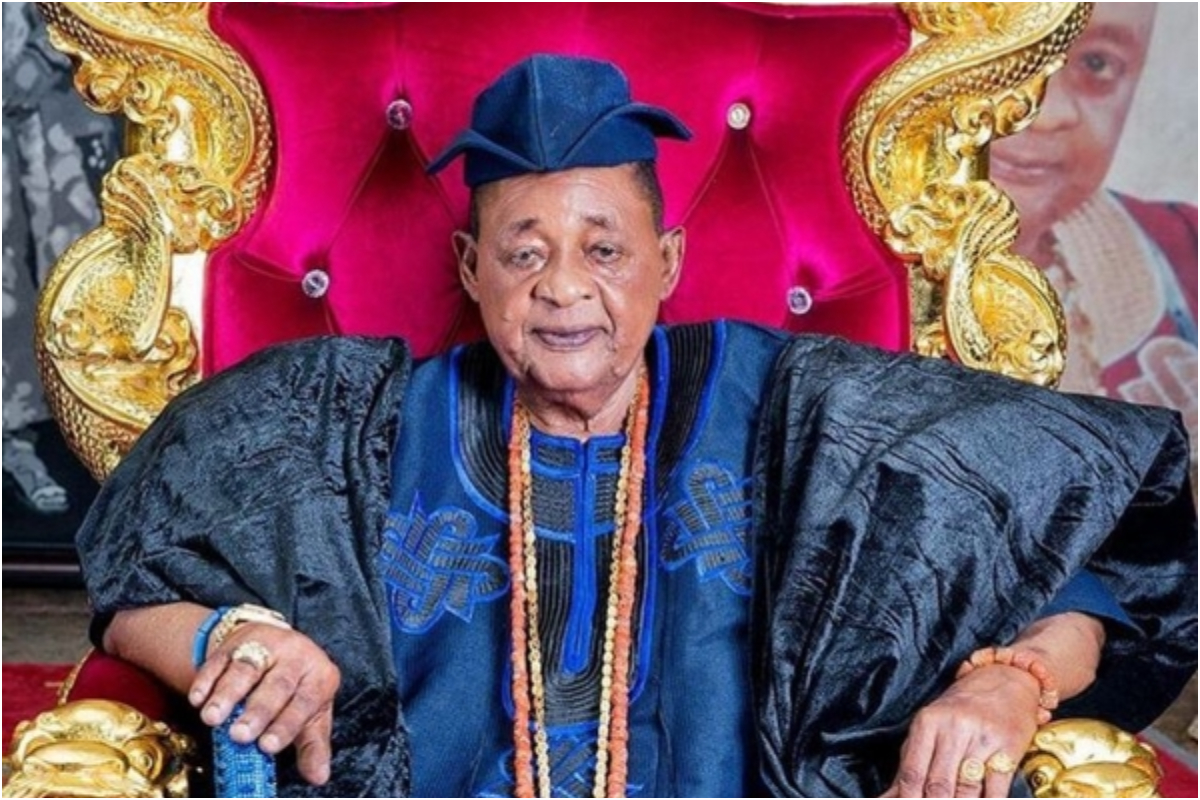 The Bashorun of Oyo has revealed who will choose the next Alaafin of Oyo.
The Bashorun, High Chief Akinade Yussuf Ayoola Layinka stated that the Ifa oracle will choose the next Alaafin of Oyo and not the Oyo Mesi.
Layinka made this disclosure via a statement signed by the Director of Media and Publicity to the Alaafin of Oyo, ‘Bode Durojaiye.
Recallthat the throne of Alaafin of Oyo became vacant due to the demise of the 45th Alaafin of Oyo, Oba Lamidi Atanda Olayiwola Adeyemi 111.
The monarch, who reigned for 52 years, joined his ancestors at 83.
119 Oyo princes had indicated interest in ascending the throne and 58 princes have been cleared.
The Bashorun, whose position is likened to that of the Prime Minister in the modern-day political system, has, however, declared that the oracle is the one to decide who succeeds Oba Adeyemi.
High Chief Layinka, in the statement obtained by DAILY POST on Tuesday, said that contrary to rumour making the round, Ifa oracle and not members of Oyo Mesi (Oyo Traditional Council) will decide and choose the next Alaafin of Oyo.
The High Chief added that it would be counterproductive for the Oyo Mesi to pick a candidate through their discretion and without recourse to traditional divination.
He maintained that the Oyo Mesi would never be self-centred.
He added that due process would be followed in selecting the new monarch.
He said, “In a contest for the exalted traditional stool which involves more than a contestant, it would be counterproductive, naive and unacceptable for the Oyo Mesi members to pick a candidate through their discretion and without recourse to traditional divination.
“In the olden days, contestants to the vacant stool of the Alaafin were usually not more than one or two, and not as many as they are presently. So, it is easier to select and choose who the next Alaafin would be.
“In the present day situation that more than forty contestants are vying for the Alaafin seat at a time, how would a right-thinking person expects us (Oyo Mesi) to use our discretion and just pick anyone we deem fit? After the screening, there is a need for divine consultation to lead us aright.
“The Oyo Mesi will never be self centred, egoistic, covetous, money conscious, conscience less and take any retroactive steps that will make the anxious people in the town hurling stones at us on the choice of the Paramount Ruler and Head of the Yoruba. We will never be part of that. Oyo town is about the due process and we will not relent on that”.
Top Stories