Ogunleye Bukayo said the factional governorship candidate was expelled as a result of a petition filed against him by some party members. 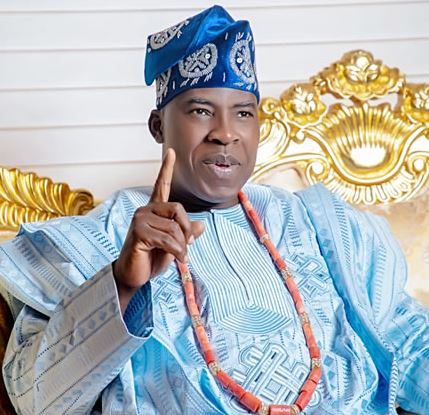 Dotun Babayemi, the Peoples Democratic Party governorship candidate in Osun state has been suspended by the party.

Babayemi is currently seeking justice as regards the controversy surrounding who the authentic gubernatorial candidate of the party is in the state.

He emerged as the candidate for a parallel governorship primary of PDP, while the Independent National Electoral Commission (INEC) identified Senator Ademola Adeleke, who emerged as governor-elect, as a candidate of the party.

Babayemi was, however, expelled from the PDP over alleged anti-party activities.

The Ward Executive members of Otun Balogun 2 made the pronouncement during a press briefing at the state party secretariat in Osogbo on Friday.

Reading the address on behalf of the Ward EXCO, the Secretary of the Ward, Ogunleye Bukayo, said the factional governorship candidate was expelled as a result of a petition filed against him by some party members.

“The Ward Executive Committee of the Party in exercise of the powers conferred on it by sections 57(2) and 59 (1) (g) of the constitution of PDP hereby remove and expel Prince Dotun Babayemi from the Peoples Democratic Party. He therefore ceases to be a member of the PDP henceforth,” Ogunleye said.