According to a news report monitored online, the secondary school arm of the university has started admitting JSS I and SSI students. 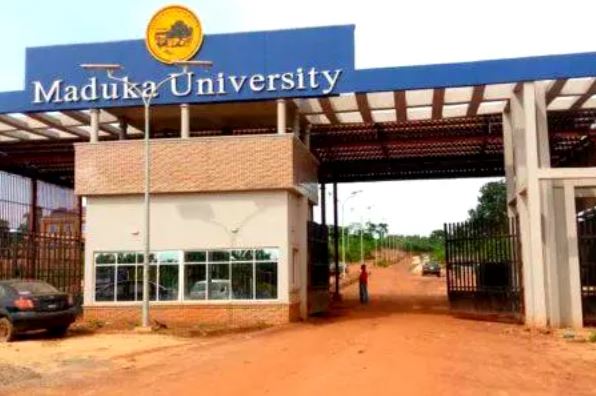 It has been reported that many members of the striking Academic Staff Union of Universities, ASUU, have sought for jobs at the new Maduka University.

The ASUU members including professors, are among those seeking employment in the yet-to-be-opened Maduka University, Ekwegbe-Nsukka in Enugu State.

The private university is owned by the chairman of Peace Group, Dr Samuel Maduka Onyishi. The university, which houses Maduka College, is situated on over 500 hectares of land and boasts state-of-the-art educational facilities.

According to a news report monitored online, the secondary school arm of the university has started admitting JSS I and SSI students.

A lecturer at the University of Nigeria, Nsukka, who does not want to be mentioned, said, “What we have passed through in the past seven months without salaries is a lesson. I am a professor, and it would be better to work in a good private university because anything the government does has become uncertain due to the insincerity of the government. “

Another lecturer, who identified himself as Dr Okoli, said, “Maduka University is the destination. The edifice speaks of an emerging world-class university. Again, whatever Sam Onyishi puts his hand into must be a serious business. I’ll surely seek to work there. “

A guard at the university was quoted to have said, “Many people do come here. We refer them to the admin. They are coming to look for jobs. Some are professors. “

In a related development, the National Universities Commission visited the university complex on the 16th of August to assess its readiness for the commencement of academic activities.

This visit is the National Universities Commission’s final inspection visit to the university to determine the conduciveness of the site as a campus. As such, it will play a major role in the Federal Executive Council’s decision to grant the tertiary institution an operating license.

The NUC representatives noted being impressed with the campus and acknowledged that it would no doubt be a conducive environment for not just the incoming students but also the academic and non-academic staff.

Moreover, aside from the quality education and the huge number of jobs created, students and staff, respectively, have something else to look forward to. Situated right on the Maduka University campus is a natural lake and resort that is a beauty to behold. Upon sighting this lake during their visitation, the representatives of the NUC were taken aback and rendered speechless by its sheer beauty.

Maduka University is a proposed private tertiary institution to be established by Dr Sam Maduka Onyishi, the Chairman and Founder of Peace Mass Transit, one of the leading transport and logistics companies in Nigeria. Speaking with journalists earlier this year, Dr. Onyishi revealed that the university was founded to address the gaps and lapses in the current Nigerian educational setup, which is a dominant cause of the country’s high unemployment rate.

“I am laying a foundation for self-reliance because my university is an entrepreneurial university. The plan is that any graduate of our university should be able to run his or her own business, the course the graduate reads, notwithstanding, “he said. “The long-term goal is human capital development—providing a platform for people to acquire knowledge and then take care of themselves,” he continued.

Even before the commencement of operations, Maduka University is said to be gearing up to be the best of its kind in Sub-Saharan Africa.