The Vibration crooner said in 2022, the American singer said she wanted them to collaborate on a project. 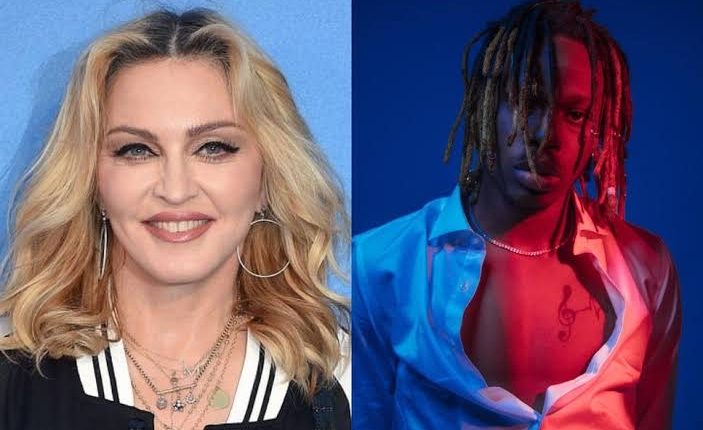 Nigerian star musician, Adedamola Adefolahan aka Fireboy DML has revealed that American superstar Madonna wanted a collaboration with him,
According to Fireboy DML, Madonna sent him a DM twice in 2019 and 2022.
In 2019, he said Madonna informed him she loves his music and is a fan.
Speaking with TMZ in an event in USA, Fireboy said that his collaboration with her the supposed  “Queen of Pop” became possible because she requested a feature.
The Pop icon featured the Nigerian singer on the remix of Frozen.
Fireboy DML said that they are friends and it was an amazing thing to be a part of classic and it was basically helping to push Afrobeats to the world.
The 26-year-old said he is honoured to have worked with her because she is a classic woman and a superstar.
Top Stories