The mom was heard narrating how they (she and her husband) got worried after their son didn’t come home before his usual time (8pm) in the evening of the day she was shut by Ebubeagu. 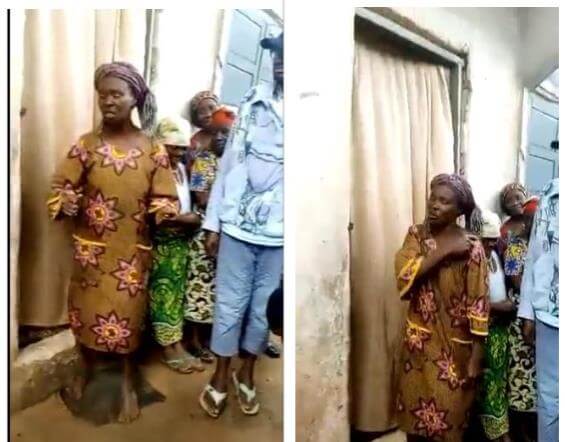 A woman has been seen crying after men of Ebubeagu security outfit allegedly killed her son in Orlu Imo state.
Nigerian media personality, Chinonso Uba, aka Nonso Nkwa, OAP at Ozisa Radio Fm Owerri, shared the said news on his twitter page on Friday morning.
In the video, the woman could be heard narrating how they (she and her husband) got worried after their son didn’t come home before his usual time (8pm) in the evening of the day he was shot by Ebubeagu.
She said that their phone rang and her husband picked the call, asked who was speaking and it was his son, who was being held at gunpoint by the Ebubeagu.
The father now asked what did he do, one of the Ebubeagu men took the phone and said it’s because his son has a mark on his body, which they believed was diabolic mark used by the dreaded unknown gun men, for protection.
The father now explained that the mark on the boy’s body is a scar from a wound he sustained after he was involved in an accident in the past.
But the Ebubeagu operative who were at the other end of the phone told the boy’s father that he’s stupid, before shooting the son.
Watch video below: