The Speaker, on Friday, appeared at the assembly complex in Okemosan, Abeokuta, having been away from work for days. 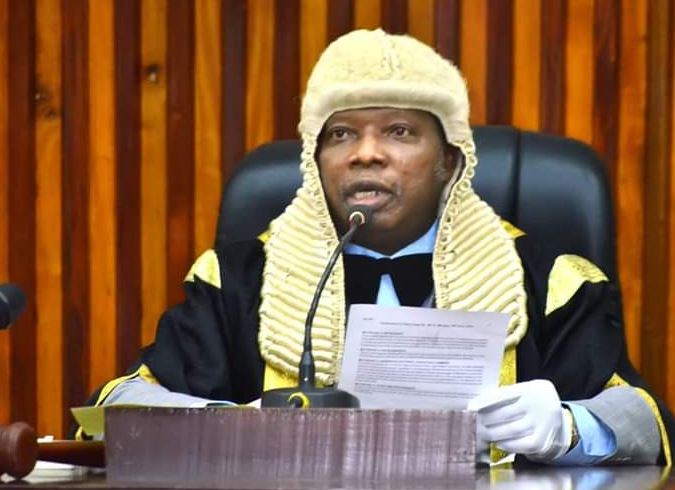 Speaker of the Ogun State House of Assembly, Olakunle Oluomo returned to his office on Friday, September 9, after perfecting his bail conditions.

Recall that Oluomo, who was arrested last week by the Economic and Financial Crimes Commission (EFCC), was on Tuesday arraigned before a Federal High Court sitting in Ikoyi, Lagos State for allegedly diverting N2.475 billion of state funds.

He was granted bail in the sum of N300 million with two sureties in like sum.

The Speaker, on Friday, appeared at the assembly complex in Okemosan, Abeokuta, having been away from work for days.

He was welcomed by members of staff, who said they were happy to see him again in his office.

Speaking on behalf of the Assembly staff, the Chairman of the State chapter of the Parliamentary Staff Association of Nigeria, Ayotunde Ojediran, said the workers were happy to receive back to the office, the Speaker as well as the Assembly Clerk, Adedeji Adeyemo and the Accountant, Samuel Oladayo, who were also arraigned for the same charges.

He appreciated the members of staff for remaining resolute and keeping the House running while the trio were away.

Ojediran pledged the commitment and dedication of the entire workers of the House for the overall success of the ninth Assembly.