The students, who were chanting solidarity songs, decried the ongoing strike by the Academic Staff Union of Universities (ASUU). 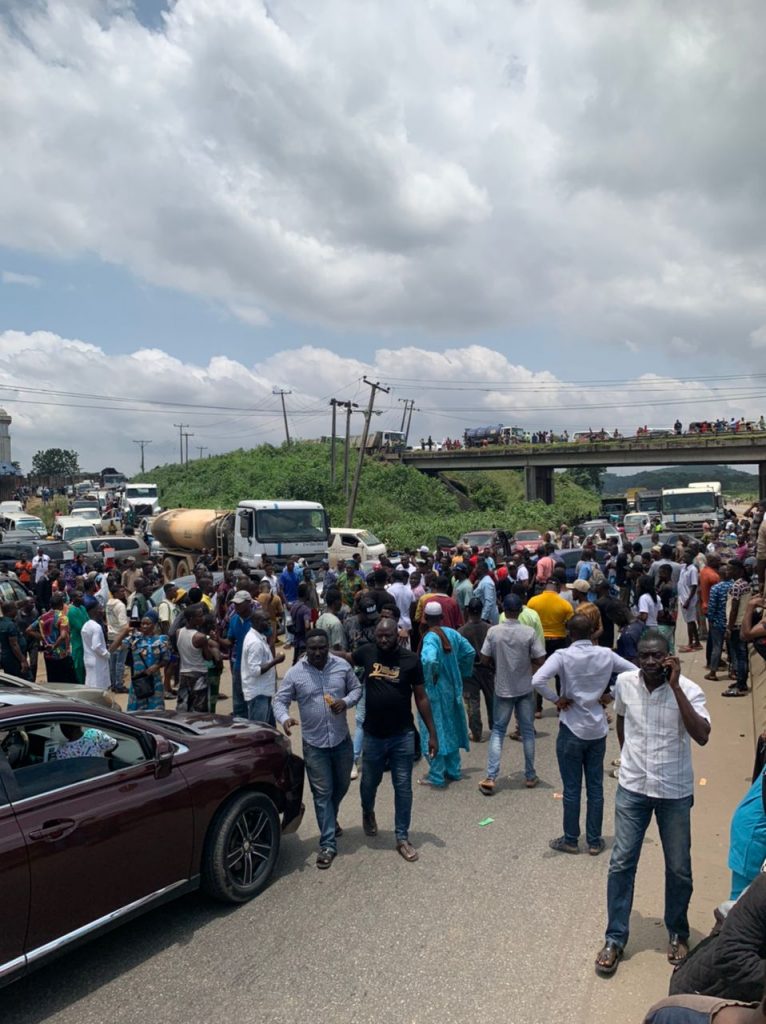 So many Nigerian have staged a serious protest to show their disapproval for the ongoing ASUU strike.

The members of the National Association of Nigerian Students (NANS), on Thursday staged a protest on the Gbongan-Ibadan expressway, resulting in a gridlock, Vanguard reports.

The students, who were chanting solidarity songs, decried the ongoing strike by the Academic Staff Union of Universities (ASUU).

The peaceful protest, however, led to traffic jams, which left motorists and passengers stranded.

Speaking with the News Agency of Nigeria (NAN), NANS National Vice President for External Affairs, Akinteye Afeez, said the protest on the expressway was to let the Federal Government know that students were not happy with the ongoing strike.

Afeez, who said that the protest was just a preamble of what to come, said the association would continue to occupy the major expressways until the strike is called off.

” As we speak, the strike is having serious effects on us and we are not happy about it.

“This is just a preamble because we are taking the protest gradually until the strike is called off.

” We started the protest in Sango-Ota, then to the toll gate in Ibadan and today we are in Gbongan.

“This is just a warning, We are tired staying at home and we want an urgent solution to the strike”, he said.

Speaking on the development,  the Gbongan Unit Commander of the Federal Road Safety Corps (FRSC) , Umaru Bamaiyi,  said his men were on ground to ensure the free flow of traffic.

Bamaiyi, who noted that the protest took place at the front of Ayedaade Local Government Secretariat, said   people coming from the Ibadan axis  could not move to Ile-Ife, while passengers going to Ibadan were  also blocked.

He said that only those that were going to Osogbo could manage to pass through.

Bamaiyi said his men would continue to maintain free flow of traffic.

ASUU embarked on strike on February 14, accusing the government of reneging on the agreements it reached in order to suspend its last industrial action in 2020.

The union also blamed its ongoing strike on the Federal Government’s attitude toward renegotiation of salaries and allowances, as well as adoption of the University Transparency Accountability Solution (UTAS) payroll software.

The lecturers’ are also demanding funding for revitalisation of public universities and promotion arrears.