According to the party, Nigeria is at a cross road and Labour Party is the only credible option for national salvation. 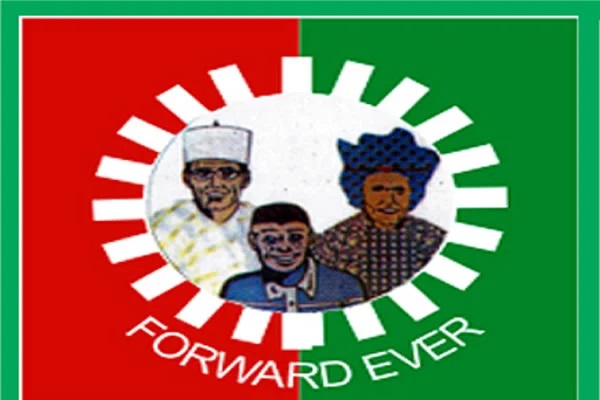 Labour Party has opened up on the structure it will be depending on to defeat both the All Progressives Congress and the Peoples Democratic Party in the 2023 presidential election.
LP whose presidential candidate is Peter Obi said the people are its structure.
This is contained in a communique jointly signed by Julius Abure, the National Chairman, and the National Secretary of the party, Alhaji Umar Ibrahim issued at the end the party’s National Leadership Retreat in Abuja on Friday.
According to the party, Nigeria is at a cross road and Labour Party is the only credible option for national salvation.
It said that the party held the retreat to discuss crucial party matters, observations, proposals and relevant resolutions ahead of 2023.
The communiqué said that the retreat was not only important but very critical for Labour Party in its resolve to deliver Nigeria as Nigerians were set to take back their country for the purpose of national rebirth.
“Across all regions and segments, the people are committed to break loose from the old order and ready to embrace a prospering one with the Labour Party as the platform of convergence and common vehicle for achieving it.
“The dispossessed and exploited people and masses of Nigeria are the structure of the party and should, therefore, be the focal point of the ongoing struggle of the party to rescue Nigeria.
“Labour Party shall urgently build synergy and rally all Nigerians to rescue Nigeria, especially with the wide spread support Labour Party enjoys from the youth, women, Nigerian workers, labour and trade unions, and several voluntary support groups.’’
The communiqué said these groups were determined to join hands with the party to take over political power in Nigeria.
The communiqué stressed the need for the party to seize the opportunity to rally Nigerians to take over power, which was already lying on the streets of Nigeria.
“It is important to have an appraisal of the current state of Nigeria and highlight the inherent problems.
“This is so that Labour Party Leaders, stakeholders and candidates can engage and visit all support groups and stakeholders, including all NLC and TUC offices, women and youth organisations, and support groups, among others.’’
The party said the aim was to ensure that a well distilled message of the party was taken down to the grassroots ahead of the 2023 elections.
Also speaking, Abure said that the ideas generated from the retreat would be of immense importance to Labour Party toward forging a cohesive front.
He said the party would mobilise Nigerians to reject all primordial sentiments, and be united in voting Labour Party candidates that would work for the progress, transformation and prosperity of Nigeria.
Abure said the party also resolved its leaders and stakeholders would be active in the process of rescuing Nigeria by pushing a new message of hope and national prosperity that would forever change how politics was played in Nigeria.
The chairman said that the party would enthrone a government that was egalitarian and inclusive, which would make Chapter two of the Nigerian Constitution justiciable.
He said the party would make the Nigerian Workers’ Charter of Demands the driving agenda of the Labour Party Campaign for the 2023 elections.
According to him, this will be implemented by Labour Party Government on short, medium and long term bases, to redefine Nigeria and put it on the path of positive development.
He said the party would also invest in human capital development, especially the teaming youth populace through effective and functioning quality education by ensuring the revival of Nigeria’s decadent education sector.
Abure said the party would put strategies in place for economic prosperity, political cohesion and national security in the light of the insecurity and sharp division in Nigeria.
The national chairman also said the party would commit to comprehensive military reform, state and other security architectural reforms to ensure effective internal security and stability of Nigeria.
“All campaign messages of the party, including its logo and slogan will be translated into local languages and dialects for wider political education of citizens at the grassroots because politics is local.
“The party will cascade and replicate its leadership retreat in the 36 states and the FCT, as well as the 774 Local Government Areas of Nigeria.
“This is in a bid to foster the required synergy and understanding among Labour Party leaders and stakeholders, especially at the grassroots in embracing the peculiarity of every constituency in Nigeria’’.
He said that in moving the campaign process forward, ahead of the 2023 elections, the retreat constituted major national committees.
They are: Committee to produce Labour Party Campaign Policy document and the Presidential Campaign Planning and Strategy Committee.
Top Stories