She Wasn't A Gold Digger, My Family Is Well-to-do - Brother Defends Sister Allegedly Killed By Chinese Man In Kano


In an interview, Sadiq stated that his sister was not a “gold digger” as being painted by some persons. 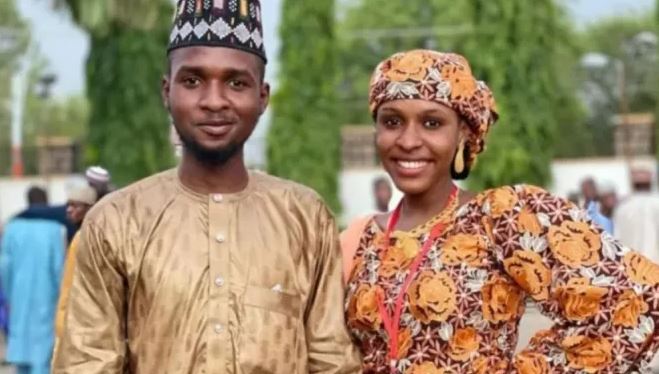 Sadiq Sani, the elder brother of Ummukulthum Sani who was allegedly murdered by her Chinese lover on September 16 in Kano State, has debunked rumours circulating online about his sister.

Ummukulthum, fondly called Ummita and Ummu, was dating a Chinese national identified as Geng Quanrong before her death.

The Chinese alllegedly attacked her after she told him she was ending their relationship.

Sadiq told BBC Pidgin that his sister was not a “gold digger” as being painted by some persons.

“My sister was not dating the Chinese man for his money. My family is well-to-do, so all the lies going round that he bought a house for us or was sponsoring Ummita’s education was pure lies,” he said.

According to Sadiq, Ummita was in her final year studying agriculture at Usman Danfodio University.

Sadiq added that Ummita was a very caring and generous person who liked to interact and make people happy. He said she was his best friend and they shared secrets together.

He also said that his family knew Geng and took him as a nice person.

Sadiq also said he and his friend left the house to go eat just before 10pm that fateful day only to return to find a crowd outside his family’s house.

He noted that the family wants swift justice for the death of Ummita.