Thousands of his supporters had thronged out for the planned rally, but were interrupted at the Stella Obasanjo Multi-Purpose Hall Centre in the state capital. 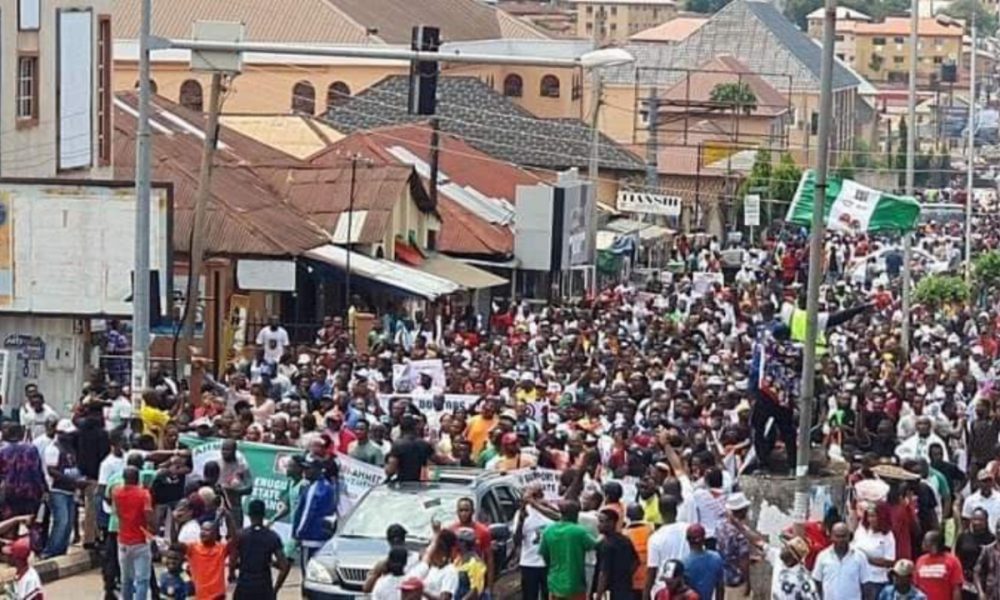 On Saturday, September 24, the operatives of the Kwara State Police Command attempted to disrupt a planned rally by supporters of Peter Obi, the presidential candidate of the Labour Party, in Ilorin.

Thousands of his supporters had thronged out for the planned rally, but were interrupted at the Stella Obasanjo Multi Purpose Hall Centre in the state capital.

DAILY POST, however, reports that at a stage, there was a hitch following police interruption at the Stella Obasanjo Multi Purpose Hall centre in the bid to stop the planned rally.

The group made up of young people trooped out in large numbers and gathered at the Stella Obasanjo Multi-Purpose Hall Junction, along Ajase-Ipo road in Ilorin, with branded T-shirts and posters of the presidential candidate and his running mate around 10 am.

Police van blocked the procession of the group, while operatives of the command were also noticed in the area in numbers engaging the organisers of the rally and some participants.

After a long discussion and engagement, they were allowed to march towards Offa-Garage roundabout area.

The Kwara State Coordinator of the Coalition of Obi Support Groups, Aloysius Nwora, said the rally was in solidarity with the political aspirations of Peter Obi, a former governor of Anambra State.

Speaking on the encounter with the security operatives, he said the group sought approval from the police to avert possible hijacking of the peaceful rally.

“But the commissioner responded by telling the group that the time was not ripe for any political campaign or activities and the group went ahead to organise the event.”

He explained that the current state of insecurity in the state would not allow such events to take place now to the detriment of safety of lives and property of the citizens.