The suspects and the exhibits found with them were handed over to the police at Owode Egba. 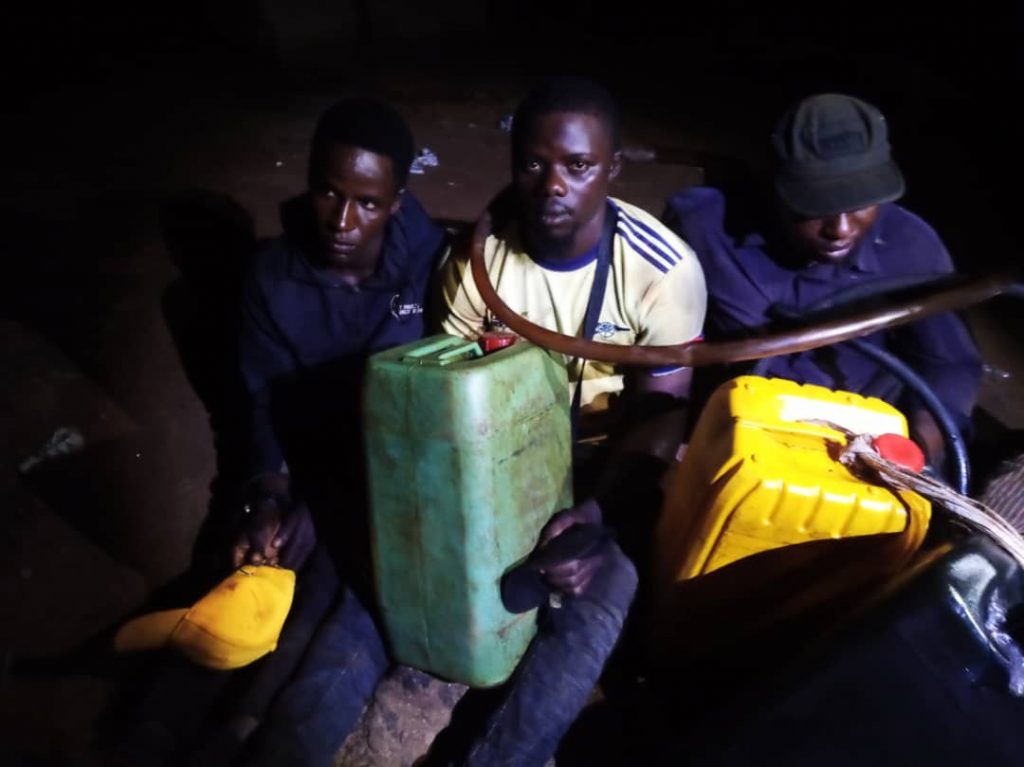 In what will come across as a really startling development, as many as five persons have been arrested while they were stealing Automotive Gas Oil, otherwise known as diesel, in Ogun State.

DAILY POST reports that the suspects were caught in the act by some Ogun State So-Safe Corps operatives at a road construction company in Siun, Obafemi/Owode Local Government Area of the state.

The So-Safe Corps spokesperson, Moruf Yusuf, said the five men were nabbed at about 8:30pm on Wednesday, September 20, by operatives of the corps attached to Owode(Egba) Divisional Headquarters. 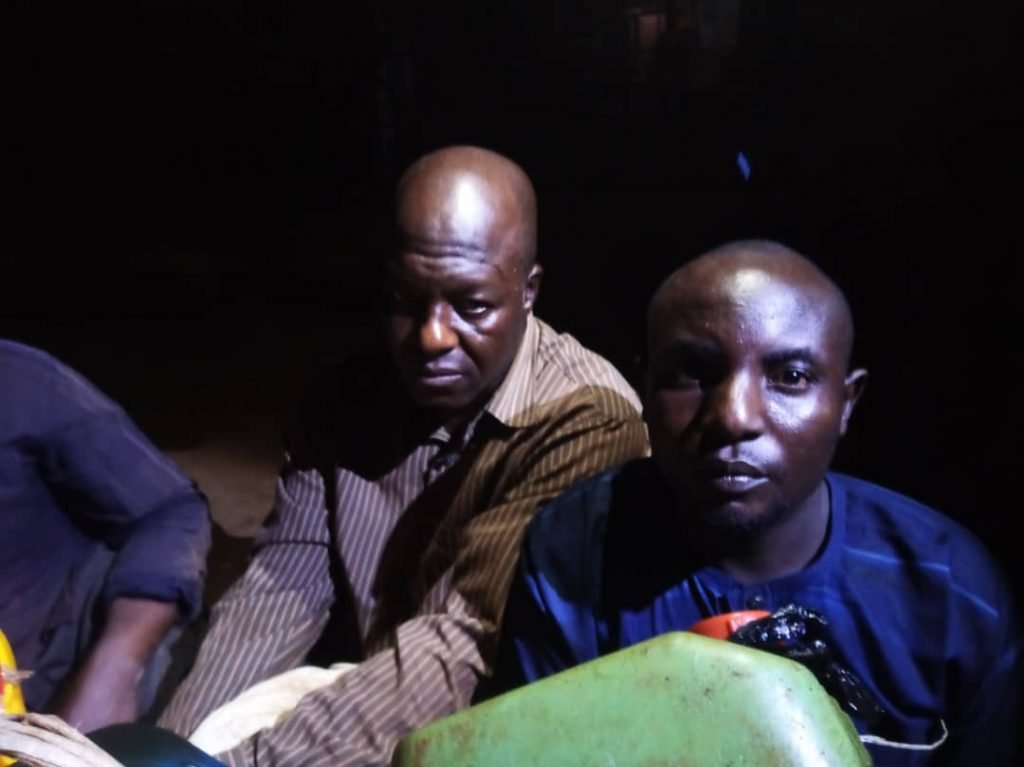 “The suspects were arrested at the scene of the crime, as they were stealing Automotive Gas Oil (Diesel) that belongs to the road construction company (name withheld), before the engagement of the So-Safe Corps personnel protecting the said company,” he said.

The spokesperson added that eight kegs, each of which contains 30 litres of the stolen diesel were recovered from the suspects.

The suspects and the exhibits found with them were handed over to the police at Owode Egba.