In his reaction, the former national chairman of the opposition expressed readiness to work with the former vice president. 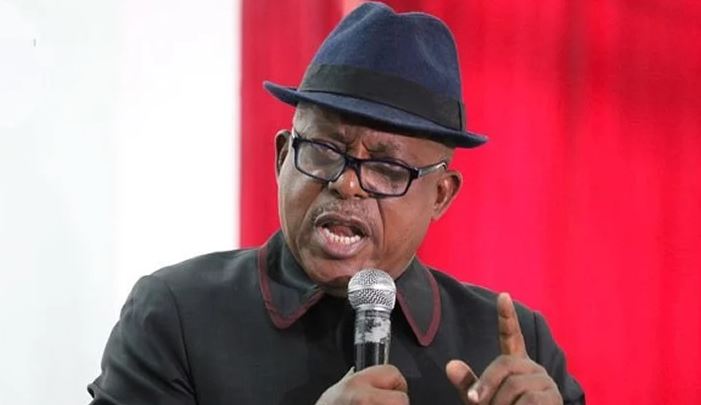 Uche Secondus, a former national chairman of the Peoples Democratic Party (PDP) has been appointed as an adviser to the presidential candidate of the party, Atiku Abubakar.

In his reaction, the former national chairman of the opposition expressed readiness to work with the former vice president.

“I have just received the news of my appointment as Technical Adviser to H.E @atiku Abubakar in his 2023 Presidential Campaign.

“The mission to Rescue Nigeria that was initiated in 2018 will come to a fulfillment by the Special Grace of Almighty God”, he tweeted.

On Monday, Atiku announced the names of some party stalwarts that will serve as his advisers for the 2023 election campaign.

They include ex-Senate Presidents, Bukola Saraki and Pius Anyim; Ibrahim Shekarau and Olagunsoye Oyinlola, former Governors of Kano and Osun.

Secondus accepted the advisory role in spite of Governor Nyesom Wike who earlier warned him against doing so.

In late August, Wike, told a gathering at Omagwa in Ikwerre Local Government Area that he would crush anyone siding with his former ally.

“We will take every might we have, we will leave our enemy and finish you first. All of you going to Abuja to hold meetings with our enemies, I’m going to finish you to the last”, he vowed.

“Wike, you cannot crush anybody. I cannot fight or join issues with you, only God can crush”, said the former PDP leader.